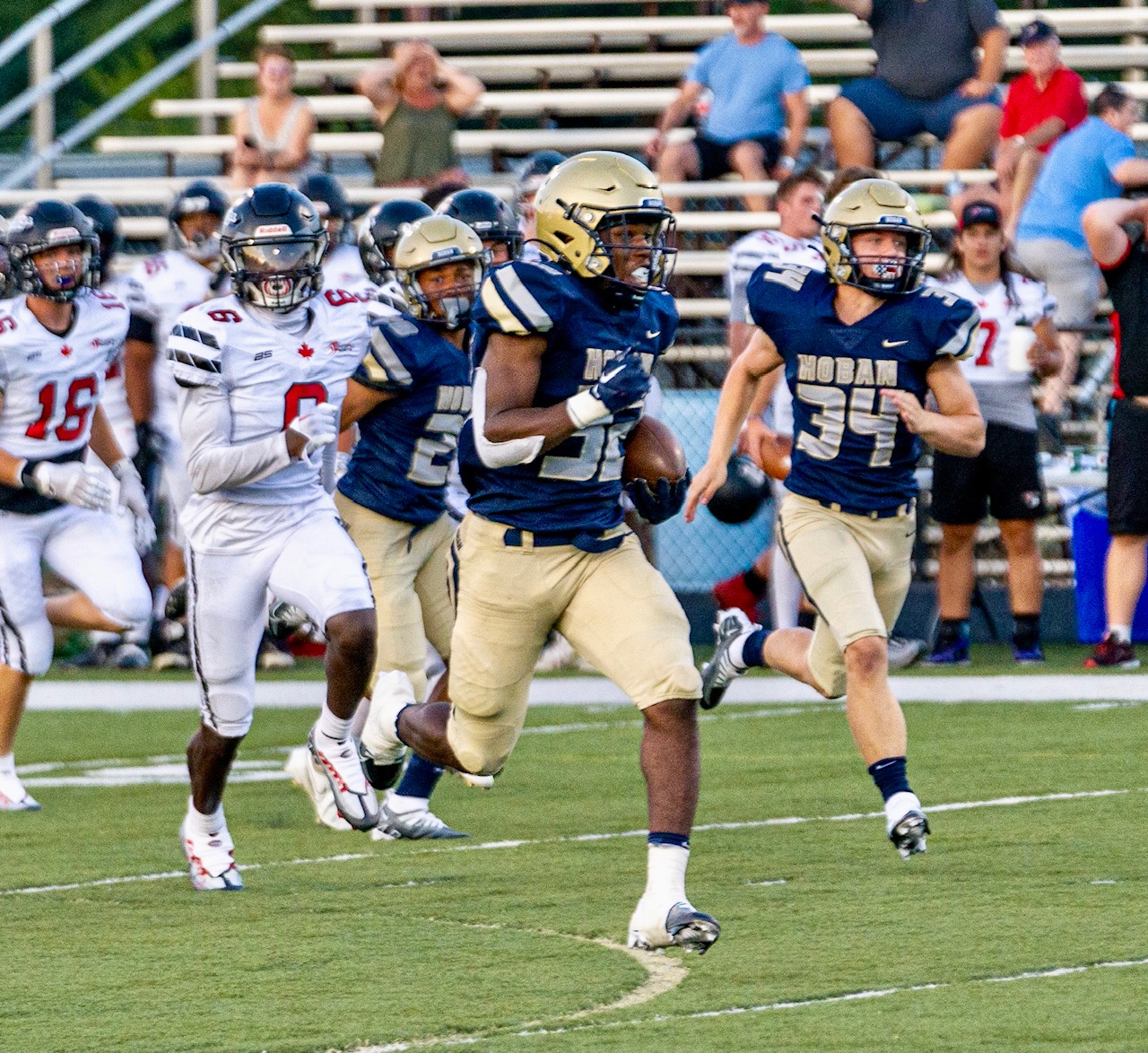 With 428 votes cast, we have found the Week 1 NEOSI Player of the Week. It got close near the end, but our winner is Lamar Sperling from Hoban with 51% of the vote. In his opening matchup against Football North, the senior running back finished with 393 yards and four touchdowns.

With their eyes set on a state championship, the Knights will rely on big contributions from the Buffalo commit going forward. His next chance to shine is this Friday night as Hoban hosts Pennsylvania power Cathedral Prep at 7 pm.

Congratulations to our other three nominees, Cody Coontz of Rootstown, D’Shawntae Jones of Glenville, and Andrew Bruce from Chardon. All three players turned in dominant performances and are poised to have huge impacts on their team’s success going forward.

This weekend, follow along on Twitter @NEOSportsInside to keep up with all the action. See an impressive performance? Let us know and your pick could end up being one of next week’s finalists.