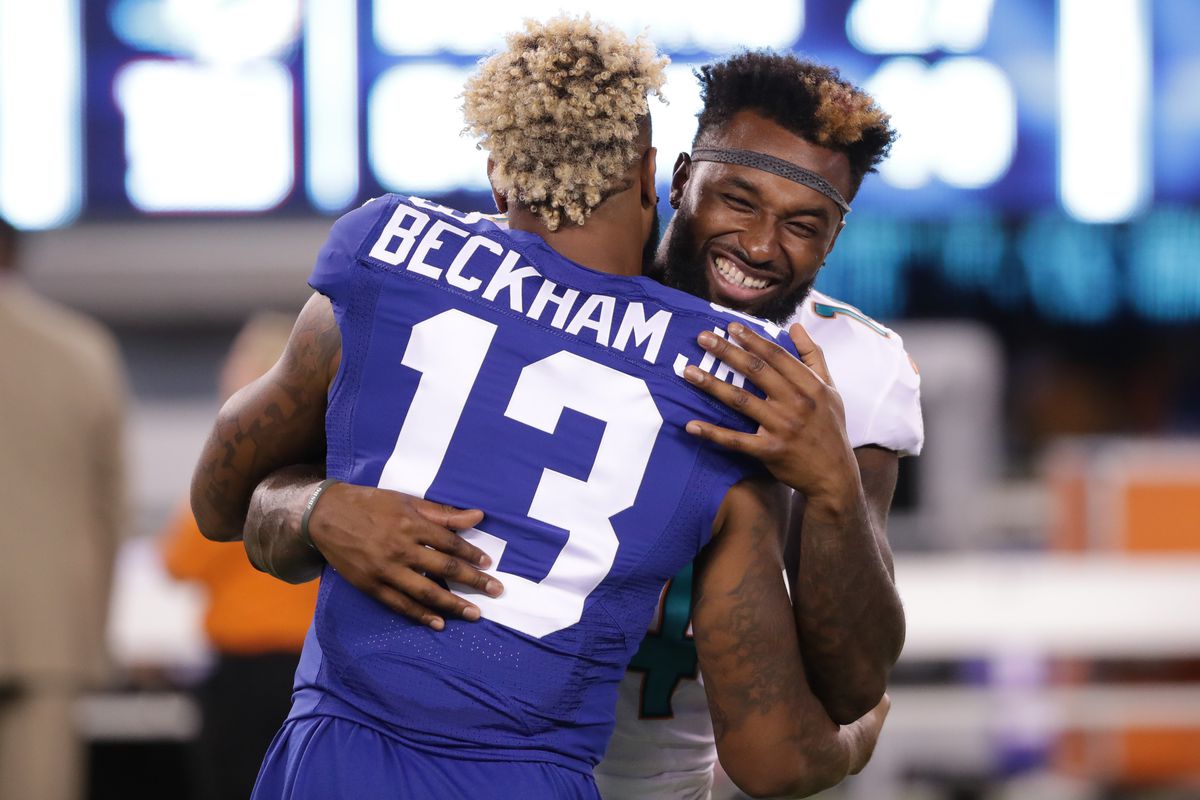 Odell Beckham Jr.’s arrival in Cleveland this week has Browns fans buzzing. But no one is more excited about OBJ being traded to Cleveland than his friend and college teammate Jarvis Landry.

Before being 2014 draft picks, Landry and Beckham Jr. were making one handed catches for the LSU Tigers and even further back played against each other in high school. As the two revealed during Beckham Jr.’s introductory press conference, playing together on the same NFL team has always been their dream.

Landry began is career with the Miami Dolphins, Beckham Jr. with the New York Giants. But when Landry was traded to the Browns last March he publicly started pitching his lifelong friend to join him. It was obviously out of either players control at the time, however, what started as a joke for the duo became reality a few weeks back when the Browns pulled off a blockbuster trade to acquire Beckham Jr. As he put it so eloquently during his introductory press conference: “they spoke it into existence.”

Nike capture the road to their teenage dream becoming a reality in a new commercial as part of their new “it’s only crazy until you do it,” theme. The ad shows highlights from Landry and OBJ playing at opposing high schools, then together at LSU then on their respective first NFL squads before concluding with a shot of them together in their younger years.