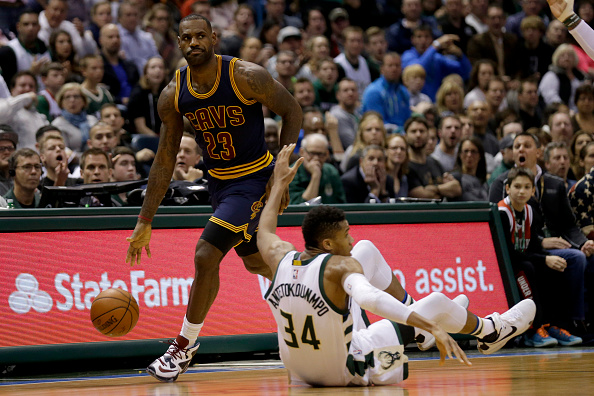 Tuesday night during the Cavaliers win over the Boston Celtics in Boston, LBJ stopped over and surprised Special Olympics athlete Aaron Miller, who was honored during halftime Tuesday night.

Miller was named MVP at a recent basketball tournament, and caught by surprise when James popped over after the time out and said hello.

“This game is so much more than basketball,” said James. “I felt like I was a part of him, so I was just showing him my respect. It’s not for you guys, it’s not for the fans. It’s for him.”

Here’s the video of LeBron saying hello to Miller:

"I felt like I was a part of him." – @KingJames talks about why he showed his appreciation for a special olympian. https://t.co/12E7Qn5VyJ

A great act by LeBron, showing once again that he’s all class on and off the court.

Cavs Shut Down Celtics in Second Half; Win 89-77 In Love’s Return to Boston
UPDATE: Kyrie Irving Will Not Make Season Debut Thursday vs Thunder