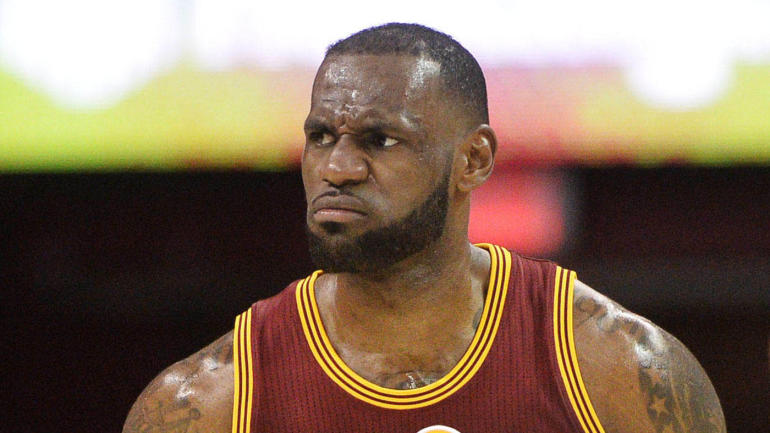 CLEVELAND – An unexpected need for reinforcements has put the Cavs in a familiar position through three games this campaign.

When Derrick Rose went down with a right ankle sprain on Greg Monroe’s flagrant foul at Milwaukee on Friday evening, the immediate thought was to slide Jose Calderon – who signed a one-year deal worth $2.33 million in July – into the starting rotation.

Instead, LeBron James took over at the point guard position, a secondary role he has assumed since the departure of Matthew Dellavedova.

The results were up to par.

James put on another full display of his versatility in a 114-93 loss to the Magic on Saturday night at Quicken Loans Arena, tallying 22 points (8-for-15) on four rebounds and two assists. His ability to shoulder the workload at a decimated position proved to keep the ship afloat in front of a sold-out crowd.

After Calderon shot 0-for-2 with one turnover in his brief stint with the starting unit in the first quarter, the three-time NBA champion asserted himself as the team’s primary ball handler again.

With the speed of a guard and the frame of a forward, James has been able to fill the void left by injured players like Rose and Isaiah Thomas (right hip), an ineffective Deron Williams or traded players such as Mo Williams and Kay Felder over the last two seasons.

A telling sign that head coach Tyronn Lue reaffirms this notion came at the start of the second half, when Iman Shumpert – who finished with 21 points and seven rebounds – started in place of Calderon and LeBron resumed duties in the backcourt.

“[Shumpert] came out in the third quarter, gave us a great spark,” said Lue. “We cut the lead to seven.”

Although James averaged a career-high 4.1 turnovers in 2016-17, his basketball instincts make him a temporary yet suitable fit until Rose and Isaiah Thomas return to a full workload.

Cavs Drop Second Night Of Back-To Back To Magic, 114-93; Three Takeaways From The Loss
Without Rose, Cavs continue to struggle to play with pace