VIDEO: Tristan Thompson and Draymond Green go at it in OT 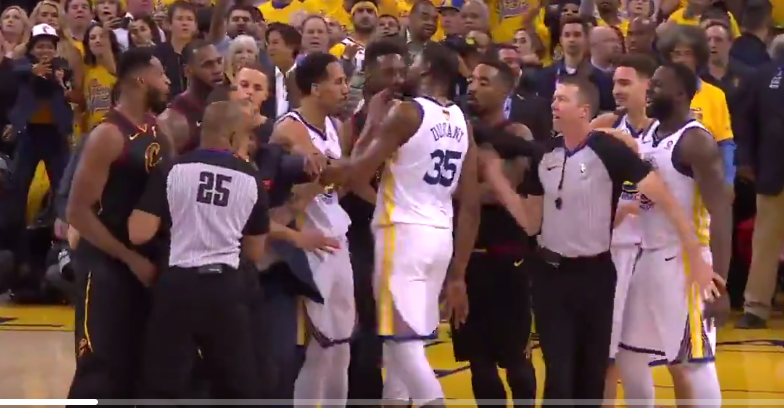 OAKLAND, Calif.– Well, the ending to Game 1 of the 2018 NBA Finals certainly was eventful.

Tristan Thompson had just been ejected from the game with just 2.6 seconds remaining and the Cavaliers down eight after receiving a flagrant 2 foul. As Thompson was walking to try and get an explanation from the referee, Draymond Green continued to taunt him.

The end of Game 1 was crazy ? pic.twitter.com/0tgTGcG2wq

Thompson didn’t receive a technical foul as he had already been ejected from the game. We will find out in the coming days whether or not any suspensions or fines will come from this ahead of Sunday’s Game 2.