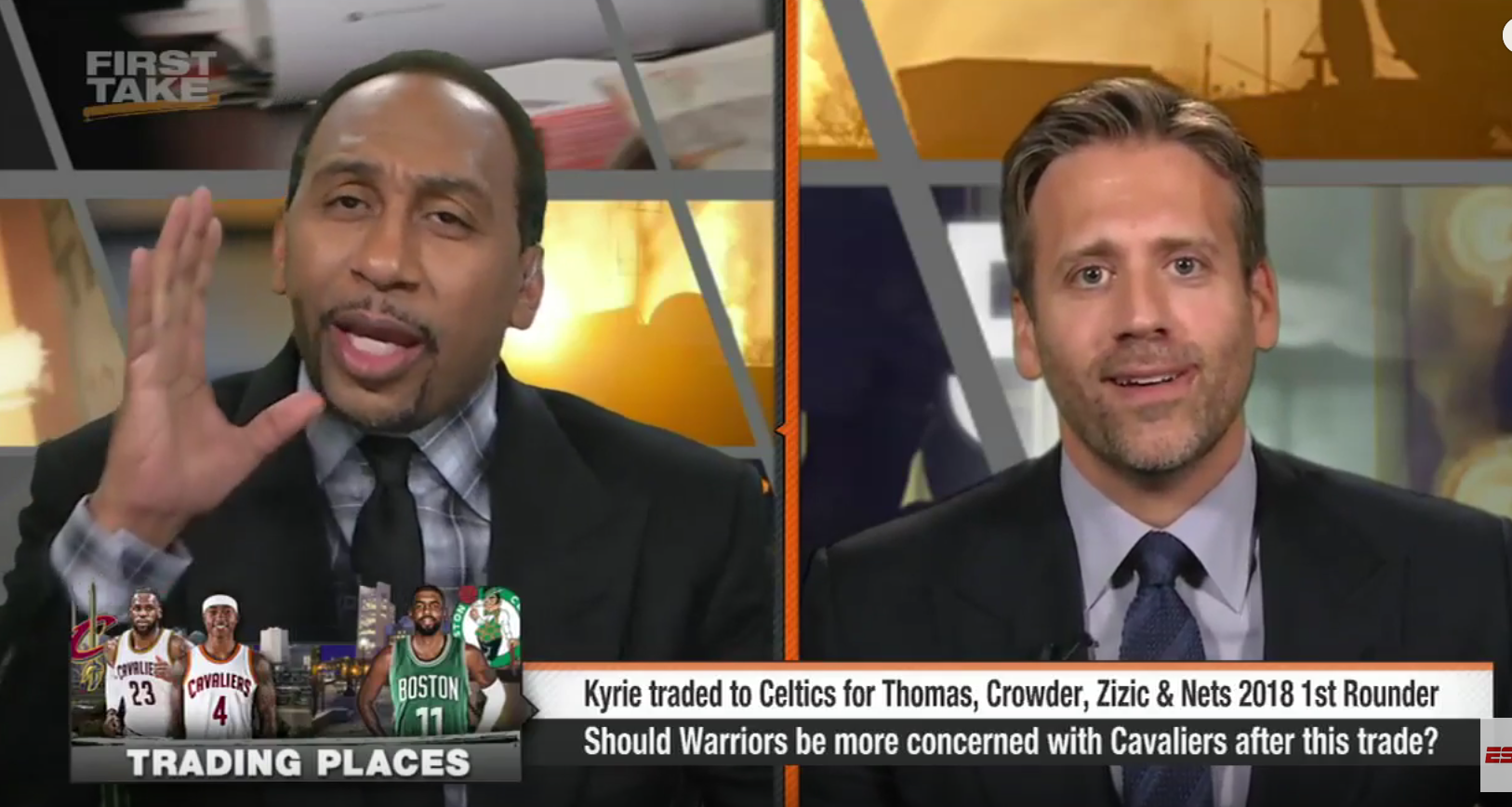 ESPN’s Stephen A. Smith and Max Kellerman had plenty to talk about on First Take this morning, following the Cavs’ trade that sent Kyrie Irving to the Boston Celtics.

The two discussed whether or not the Golden State Warriors should be worried, since the trade brings Isaiah Thomas, Jae Crowder, Ante Zizic, and a 2018 draft pick to Cleveland.

“I mean I think they should be a little bit more concerned,” Smith said.

“I mean, [the Warriors are] the favorites, no question about it. But, again, I think Cleveland got better. They got better, and they got deeper, and they still have LeBron, and they’re fresh off of beating LeBron. So, the belief is Cleveland is going to come back with a vengeance.”

For the most part, Kellerman agreed with Smith, saying that the addition of Crowder could potentially help the Cavs rein in Draymond Green.

Watch the full segment courtesy of ESPN below:

What the Cavaliers gained in their trade with the Celtics
LISTEN: Breaking down the Kyrie Irving trade