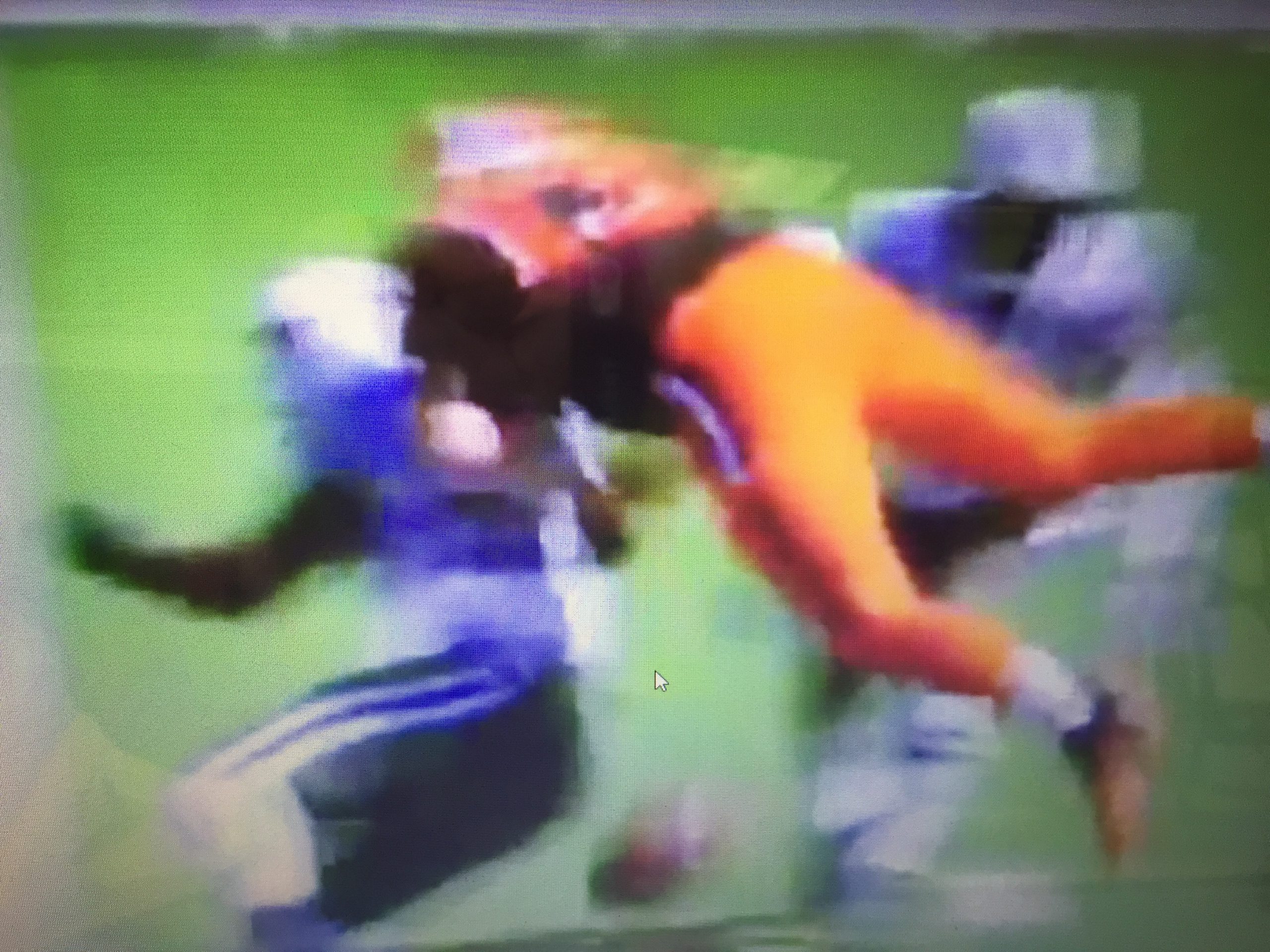 The Josh McCown show for the Browns didn’t even last a quarter, as on a scramble in which it looked as if he was going to get into the end zone, he was hit helicopter style and fumbled the ball.

McCown was ruled out of the game after the hit with a concussion. Here’s the video.

The hit was somewhat like what John Elway did when he was with the Denver Broncos as their quarterback in Super Bowl XXXII against the Green Bay Packers.

Elway’s results were a little different, as of course he and the Broncos went on to win the game and the Super Bowl.