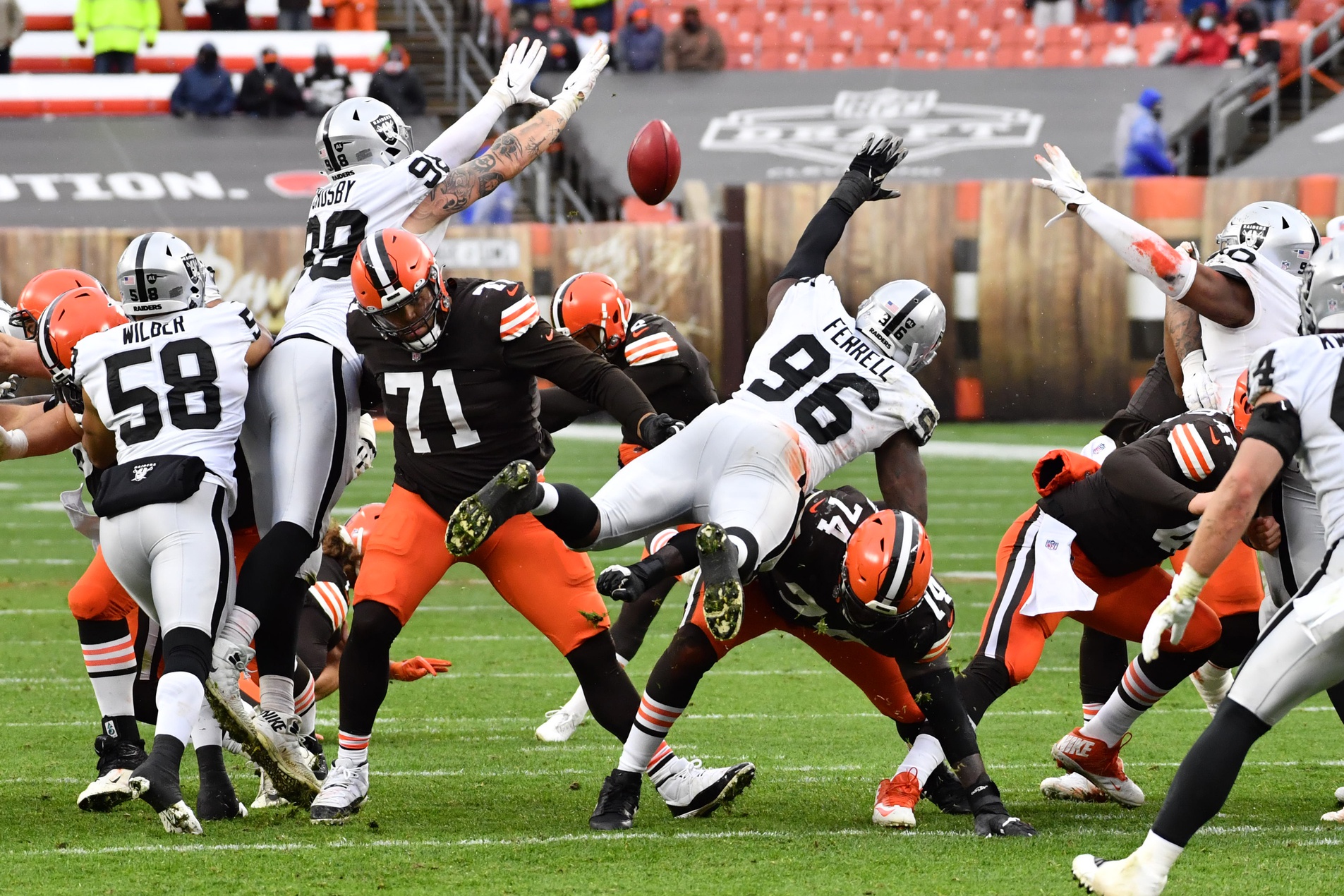 The Browns had a golden opportunity Sunday to move to 6-2 Sunday as they hosted the “West Coast Chuckies,” otherwise known as Jon Gruden’s Las Vegas Raiders.

Cleveland with the winds whipping along with snow and hail throughout the game scored two field goals for six points, but left plenty of chances on the field in the loss.

If you missed any of it, here’s the highlights from the NFL following the game.

Weather Slows Down Offense, Browns fall to Raiders 16-6
A Quiet Trade Deadline Passes for the Browns and Most of the NFL