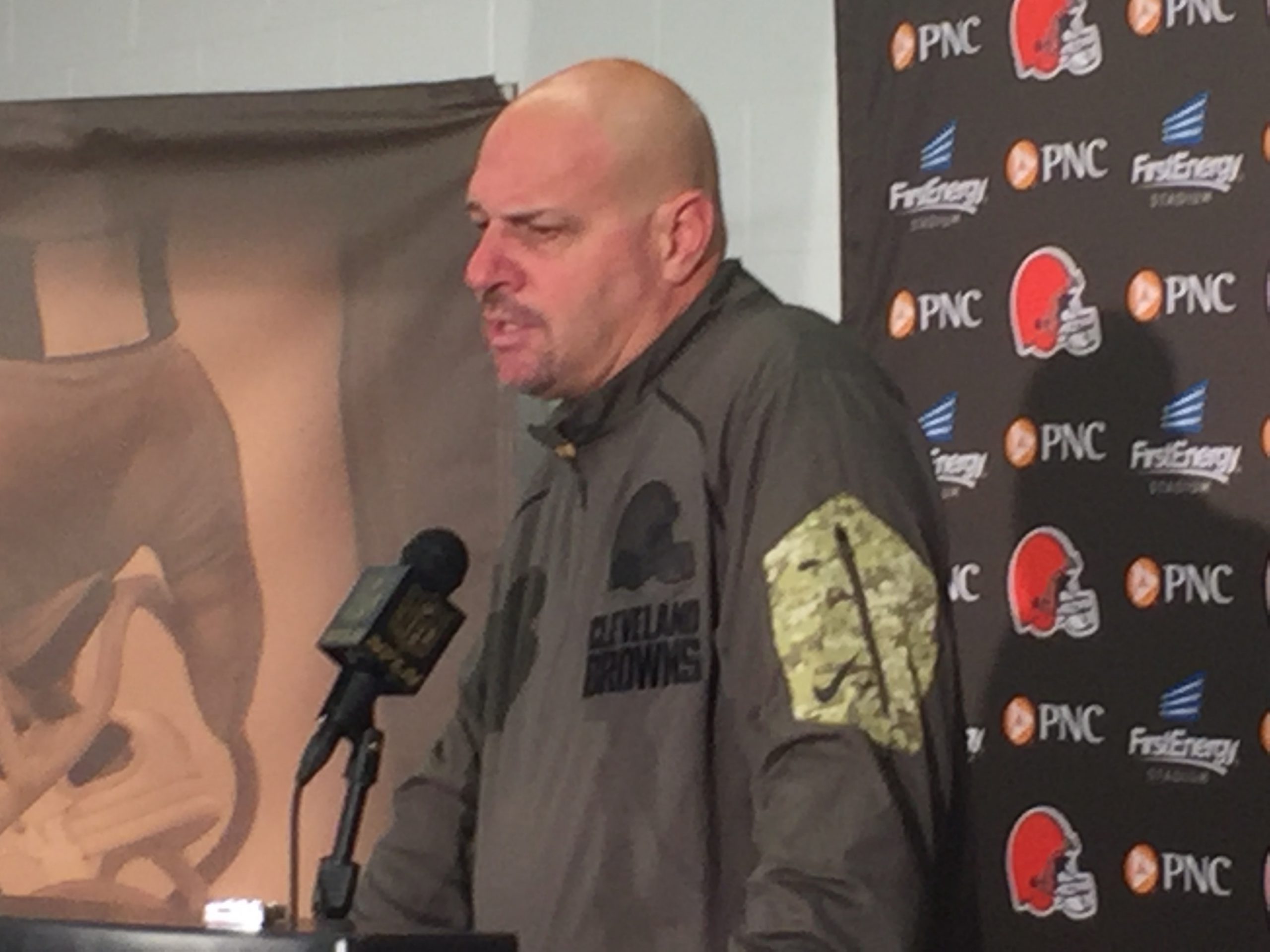 From talks about why QB Josh McCown was left in the game when it was clear he was hurt to the swirling trade rumors from the pregame on players like Alex Mack and Joe Thomas, Pettine seemed again to be on a firing line taking questions.

Below are three post game videos from the coach – the first are just post game remarks on the loss, the second a quick update on McCown and why he was left in, and the third a ‘state of the team’ and where they are at 2-6 after the loss and having a short week playing in Cincy on Thursday against the 7-1 Bengals.