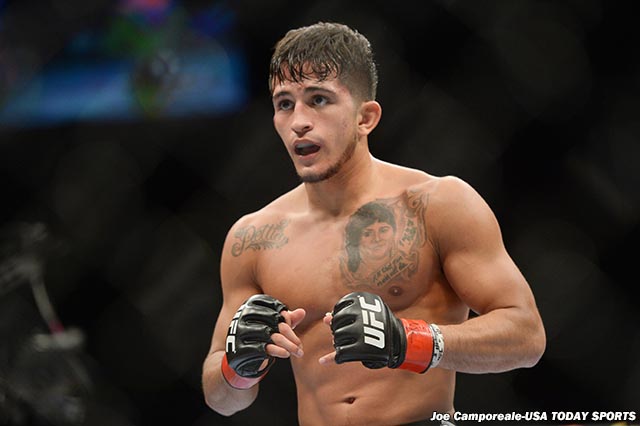 It was action packed tonight in Mexico City for the UFC.  It was the 11th UFC event in 11 weeks.  It was a crazy stretch that saw a lot of classic moments.  UFC Mexico City was no different.

Here is a brief look at the results and reaction from tonight’s main card.

Reaction –  Brandon Moreno dominated the first round so heavily, that Brian Stann said on the broadcast several times, he may have won the round 10-8.  That was it for Moreno however, as the next three rounds were all Pettis.  Sergio outstuck him, outhustled him, and simply beat him up.  Moreno sensed the urgency in round five however and came out like a house on fire.  Moreno needed the finish and went all out for it, however, is simply wasn’t enough.

What is next for Pettis?  Perhaps a title shot?

Reaction -Well, that one was a little closer then many of us expected. But, a win is a win, so Grasso will take it and move on from here

Result – Price by KO in 120 seconds of the very first round.

Reaction –  Jouban was wobbled and not getting up, the ref was right to stop it.  Price is for real.  It was the 7th first round finish of the night.

Result – Bandenay by KO in 26 seconds of the first round.

Reaction –  Welcome to the UFC Humberto Bandenay.  He took this fight only two weeks ago and was a huge underdog.  It only served to motivate him with this stunning knockout.  He was the largest dog on the card.

Reaction – This fight was awful.  Neither guy posed any threat to the other and most if was dancing and prancing for 15 minutes.  A bad fight, with a weird scoring decision from the judges.  Evans is now 0-2 at middleweight and has lost 4 straight.

Reaction –  Plenty of action, both guys had their moments.  In the end, Perez clearly did enough to win.