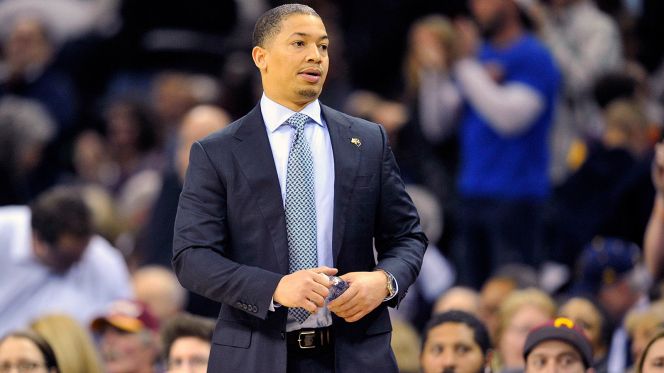 CLEVELAND – Cleveland Cavaliers Head Coach Tyronn Lue has been named the NBA Eastern Conference Coach of the Month for games played in October and November, the NBA announced today. This marks the first time Lue has earned Coach of the Month accolades and the 14th time in franchise history a coach has won the honor.

Lue led the Cavaliers to the best record in the East during October and November at 13-3 (.813). During that span, the Cavs averaged an Eastern Conference-best 111.3 points and surrendered 103.8 points, en route to posting the best differential in the conference at +7.5 points per game. Cleveland also led the East in three-pointers made (221) and three-point percentage (.390), while ranking fifth in field goal percentage (.451) and fifth in assists per game (22.9). The Cavs scored at least 100 points in 14 of 16 games, including all 10 games at Quicken Loans Arena where they went 9-1 and averaged 117.4 points last month. The Cavs had back-to-back games with 128 points or more on two occasions (Nov. 1-3 and Nov. 23-25), a feat that had never been accomplished prior to this season, and topped 20 assists 11 times, including three games with 30 or more assists.

Lue guided the Cavaliers to having the third-best offensive rating in the NBA at 110.8. Defensively, the Cavs held opponents to under 100 points on seven occasions (7-0) and under .430 shooting four times (4-0). Cleveland also won by at least 10 points on five occasions and posted a 7-1 record against teams with a winning percentage above .500.