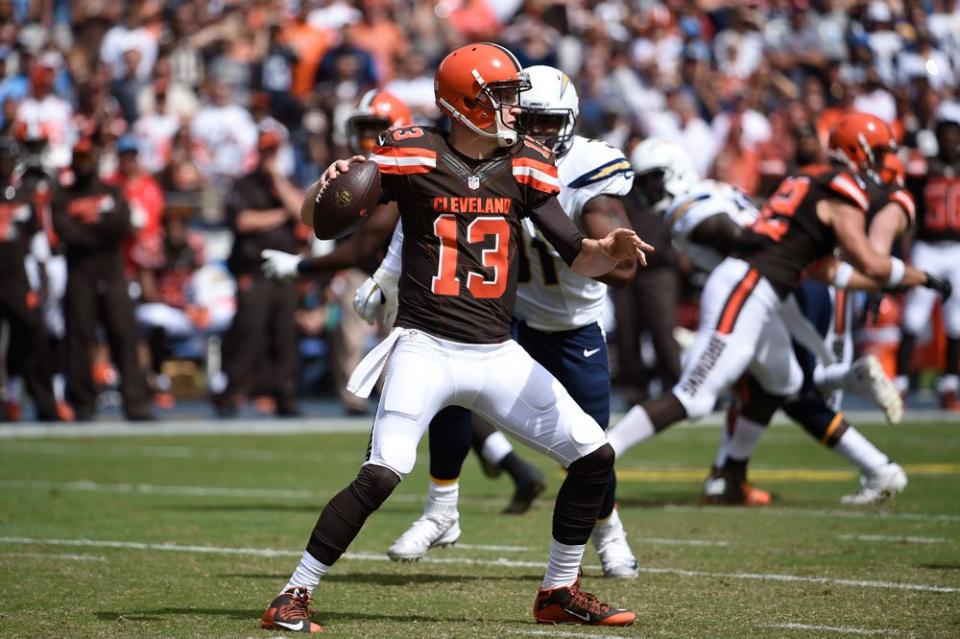 The Browns kicked their fans in the stomach yet again Sunday with one of the toughest to take losses in recent memory.

An offsides penalty that could have sent the game into overtime allowed San Diego another chance at a game-winning field goal, and this time it was good as the Chargers topped the Browns 30-27.

We take to good old Twitter for the latest in fan react around Browns country, checking in on fans who once again wonder why they put themselves through such misery every Sunday.

It's gonna be a long week. #Browns pic.twitter.com/UMk8Hj9HUZ

After 50 years as a #Browns fan, I really need to find a new NFL team. Or just spend Sundays jabbing needles in my eyes.

I hate football. That is all! @Browns

Dear Browns, I hate you. Sincerely, –Everyone

I'm tired of hearing how hard the @Browns fought today…it's the same broken record every week!!! What about how hard the fans cheer!!!

I'll say it again….it's hard to be a Browns fan.

One of the most stupid plays in Browns history. And Mike Pettine says "Thanks for the effort"