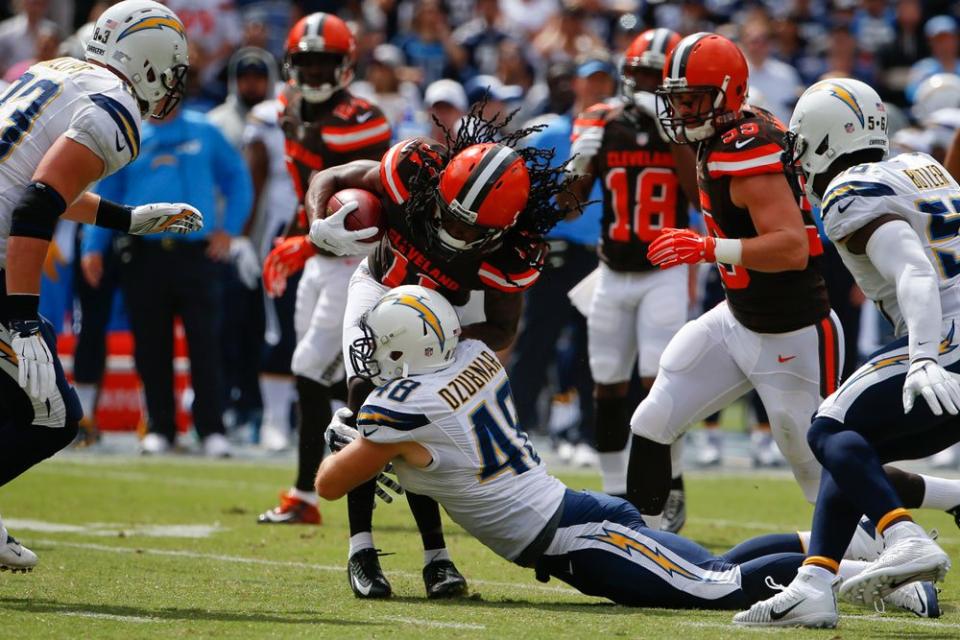 ·         Rookie RB Duke Johnson Jr. recorded nine receptions for 85 yards, including a 34-yard touchdown. The touchdown was the first of his career. His nine receptions tied for the fifth-most by a Browns running back in a game and were the most since 2002. Johnson also added 31 rushing yards.

MOST RECEPTIONS BY A BROWNS RUNNING BACK IN A SINGLE GAME

Seven other players tied with nine

·         TE Gary Barnidge tied a career-high with six receptions for 75 yards with a touchdown. On the season, he is tied for the team lead with 16 receptions and second with 235 receiving yards with two touchdowns.

·         LB Christian Kirksey recorded his first sack of the season and third of his career.

·         LT Joe Thomas extended his consecutive-snaps streak to 8,161, the longest active stretch in the league. Thomas has started all 132 games and hasn’t missed an offensive play since being selected by the Browns with the third overall pick in the 2007 draft.

o   WR Brian Hartline left the game in the first quarter with an injury to his ribs and thigh and did not return.

o   DB Tashaun Gipson left the game in the third quarter with an ankle injury and did not return.

o   RB Shaun Draughn left the game in the third quarter with a back injury and did not return.

Twitter’s Take: Browns Fans Share Their Frustration Over Loss to Chargers
I Have Never Been This Disgusted