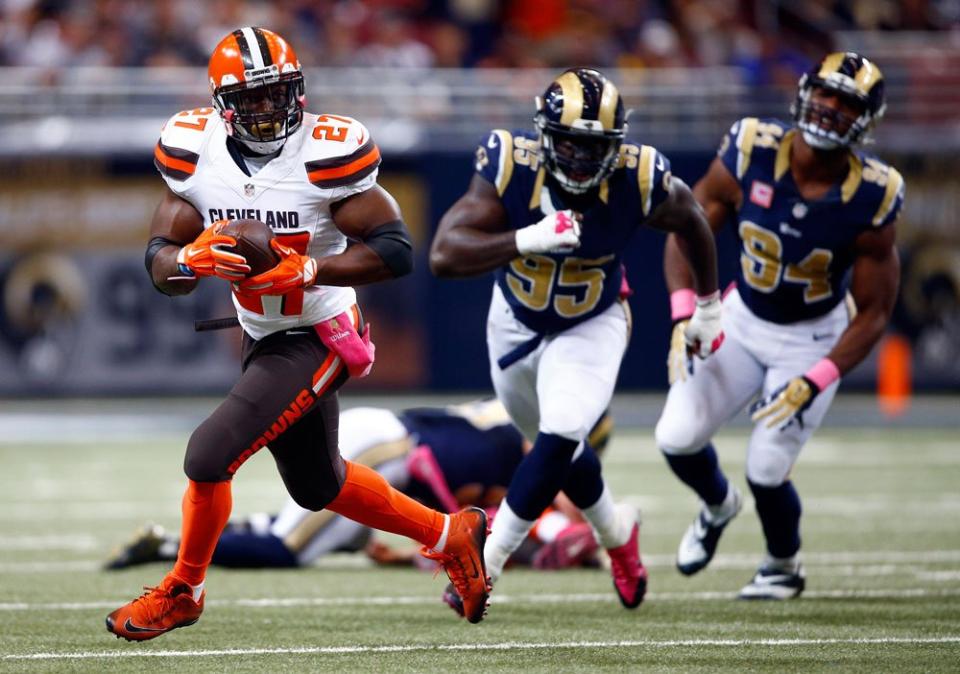 The Twitter world is speaking following the Browns ugly loss to the Rams in St.Louis on Sunday. The team scored just 6 points, and took a big step backwards after a win two weeks back in Baltimore and an OT loss to the Broncos last week.

There wasn’t much positive to take out of Sunday’s game, and now we take to good old Twitter for the latest in fan react around Browns country, checking in on fans and media who are not sure what exactly they watched Sunday afternoon in Edward Jones Dome.

The only people from Cleveland winning this game are the ones that went out to mow the yard in the 1st quarter. #Browns #19Browns

Yet another Sunday when best response to Browns loss is thanking @KingJames for coming home and giving me hope I will finally see a title.

We're going to see this in "miserable Cleveland montages" for years to come: https://t.co/u4sbiTaojT

Dear Cleveland Browns, For nearly 50 years I have stood by your side through fumbles, drives & red rights. I… https://t.co/93GSZCAQmZ