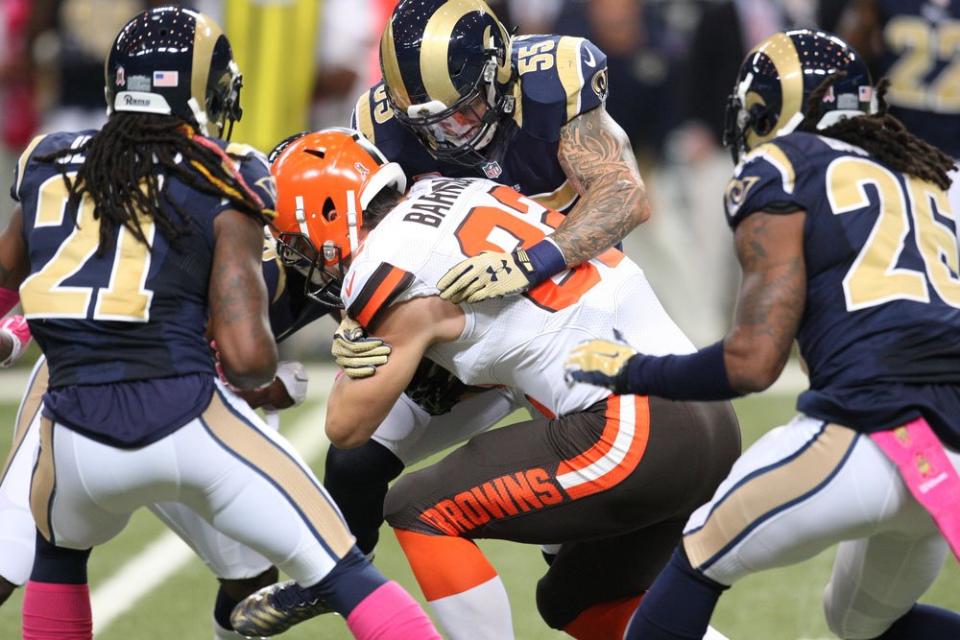 Since their return to NFL in 1999, your Cleveland Browns have been the biggest phenomenon in American sports. Yes, the biggest.

Now in their 17th season, the Browns have produced two winning years, with one solo playoff performance. Yet, support from fans pours into the banks of First Energy Stadium like an overflowing Cuyahoga river each season.

Common perception is that such dedication, loyalty, and undying passion would be an asset to a city that has failed to offer much in the form of entertainment and sustainable sanity.

The high spirited fan base continues to bring the zeal every week but with little reason to rejoice. The truth is, this is actually a detriment to the town, and to the Cleveland Browns organization.

The explanation is simple: There is no force that will send the message to the front office and ownership that they better put a better product on the football field, or else.

Without such tough love, the people running the team have no incentive to put a better group of players together when the business side of things is already profitable.

Why would the front office invest in better players when they are already making money with or without a winning culture? Perhaps the Browns are taking the concept of the movie “Major League” a bit too literally?

Winning may be the most common means of making money in professional sports. But the Browns have proved that that is not the only way.

Take the Denver loss for instance. Those types of games epitomize the Browns consistent misfortune. They had every chance to win that game; Peyton Manning threw three interceptions, his top target, Emmanuel Sanders injured his shoulder in the fourth quarter, and Demaryius Thomas dropped three passes from the third quarter on.

No one gave the Browns a chance to upset the unbeaten Broncos, yet the opportunities to do so were plentiful. Clevelanders have become too accustomed to the team not pulling through in games such as that one. It is anyone’s guess as to why the Browns do not have more luck than they do.

Realistically, a “loveable loser” identity does make the Browns unique and marketable. Public relations, whether good or bad, will put paychecks in the pockets of those that run the team.

This goes far beyond the NFL; the Cleveland Browns really are a national phenomenon.

Talk to any Browns fans who remember the glory years of the 1980’s, and they certainly will tell you they, as fans, held the team to a higher standard than that of today.

As long as the new age Browns fans show up in bulk every Sunday, the Cleveland Browns will not get better. Whether most fans leave by the start of the second half or not is irrelevant. They still show up. They still buy tickets.

The coaching staffs of the past have been blanketed by mellow spirits, soft spoken personas, and a lack of demand for a change of culture to be brought to this team.

So why do Browns fans continue to pour passion into the team like this?

The “Factory of Sadness” in Cleveland existed long before the dark ages of Cleveland Browns football.

This city has been hammered harder than most other markets by a tanking economy and a depressed job market. Thus, the expectations for the Cleveland sports team for are low; too low for the team to have any reason to improve.

The expectations of Browns fans are the biggest issue. The appetite for football still thrives, but having digested too many losing seasons since the team came back has given this town a poor football taste.

Each year, it grows tougher and tougher to imagine a playoff appearance for anyone wearing orange and brown. But that should not mean the standards of the faithful should be suppressed in such a big way.

The underlying point of the “Just one before I die” t-shirts, and other popular creative logos of Cleveland sports misfortunes, the fans love complaining about their team. Those same fans will still be chanting “Here we go Brownies. Here we go” even if the team loses 50-0. If the team starts out with a 2-2 record, we’ll be hearing “Super Bowl! Super Bowl!”

This irks me, terribly.

“You play to win the game, you don’t play to just play it,” said Herm Edwards, a onetime NFL head coach. That is what Browns fans are doing. They need to be a fan to win, not to just be a fan. Instead of misplacing our hope that things will get better, how about we demand better results instead?