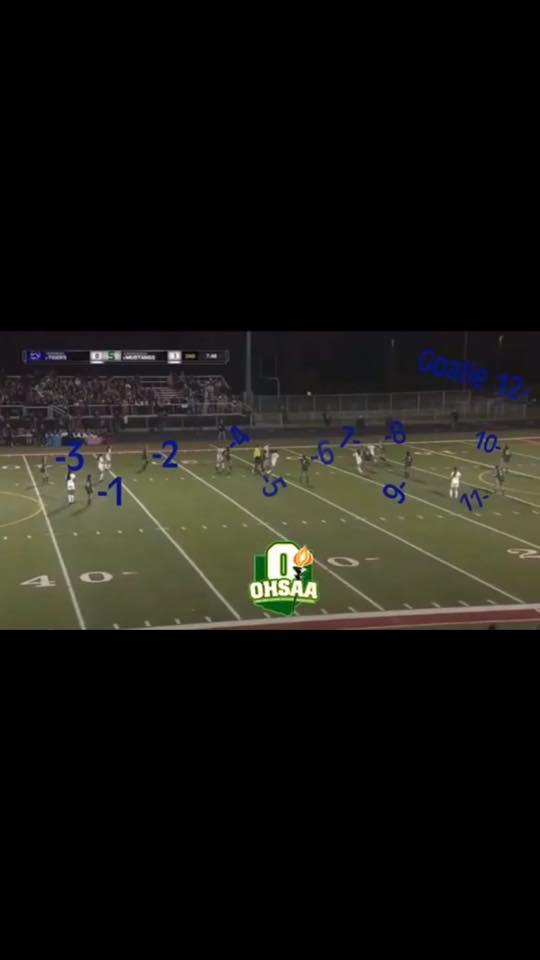 The parents of the players and citizens of Twinsburg are in an uproar this week, and many feel rightfully so. Tuesday night their girls varsity soccer team was defeated 1-0 against Strongsville. This was a state tournament semifinal game, and for all intended purposes, a pretty huge deal!

The outrage however is not that they lost the game, but how they lost. Several times throughout the night Strongsville was caught with too many players on the pitch. It happened late in the game, and nothing was done. This is a huge mistake in its own right, but after further investigation was done, it turns out this is not the first time Strongsville has been caught doing this.  What happens next is anyone’s guess.  But kudos to the parents and citizens of Twinsburg for taking a stand.  Like Twinsburg parent Michael Turle said, “This is a hell of lot more then sour grapes!”

This same type of tactic was used in earlier games this season by Strongsville head coach Todd Church.  Rumors of them doing this against Medina have not yet been confirmed.  This time however, Twinsburg parents are not laying down and neither is their superintendent Kathi Powers.

Twinsburg superintendent Kathi Powers has issued the following statement to the OHSAA. 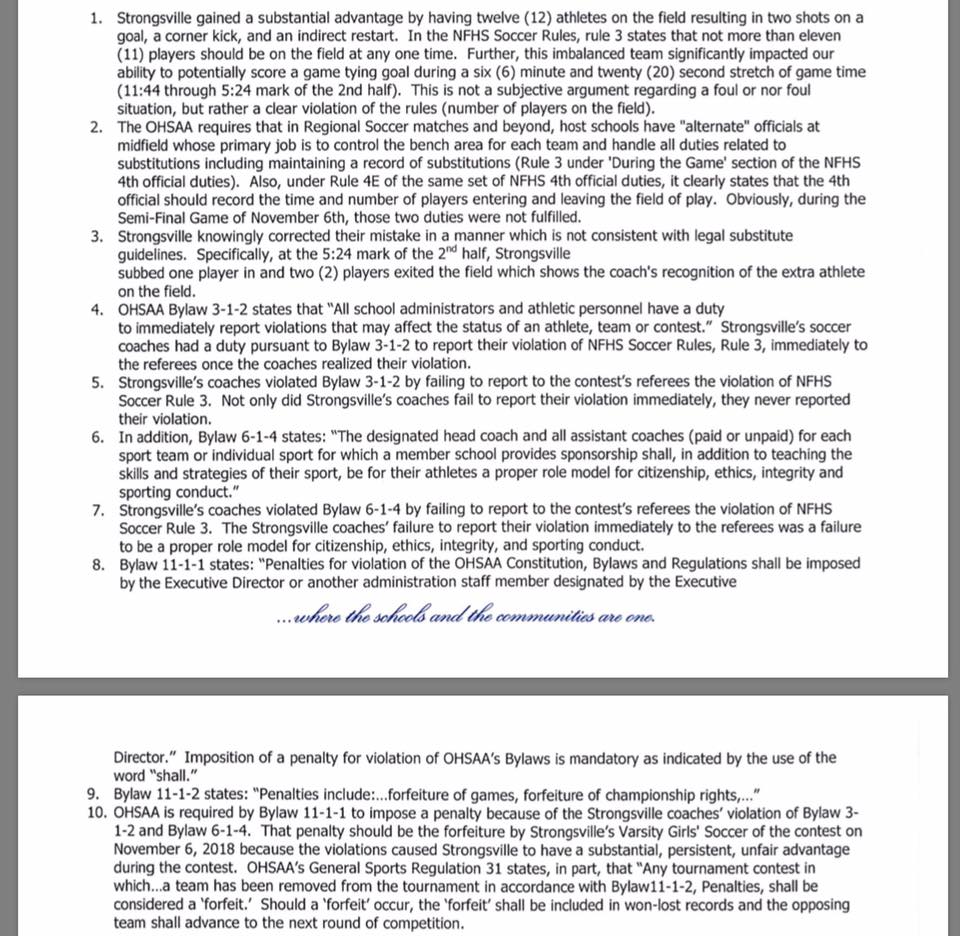 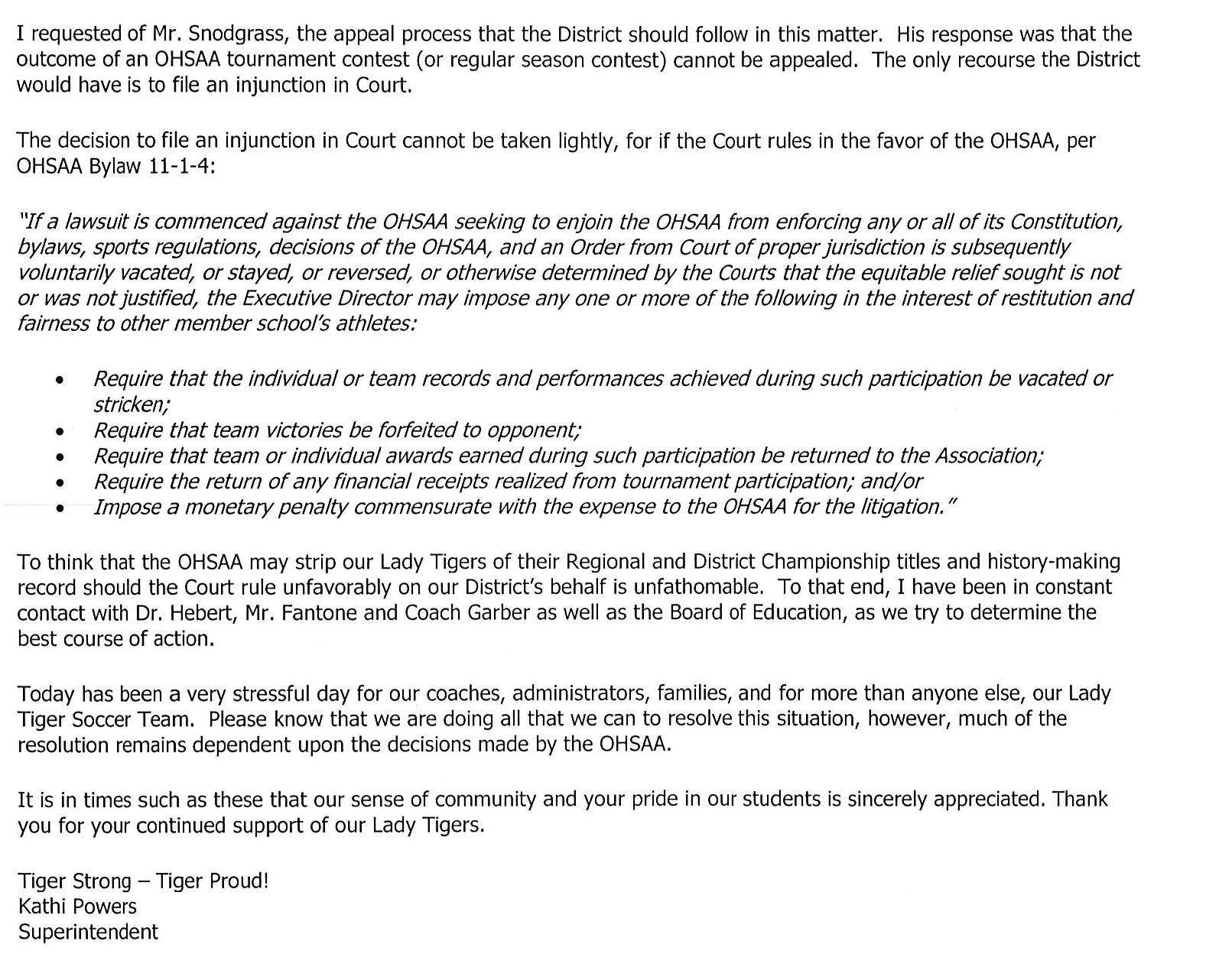