The Trouble with Love is… a number one seed? 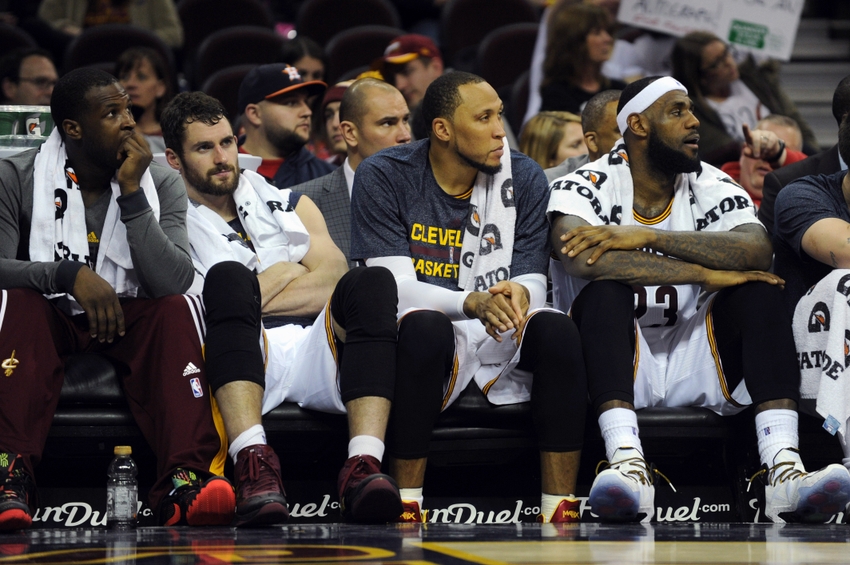 With the recent news of Kevin Love’s knee surgery, the Cavaliers are going to be dealing with an even tighter rotation than they already were.

In the two games since Love’s injury, the Cavs have only played eight players double digit minutes per game.

This, on a team where the 14th year superstar who has been to The Finals six straight years plays the second most minutes per game (37.6) in the NBA. Their other cornerstone player, Kyrie Irving, ranks 16th in the league in minutes per game at 35.2.

Given LeBron James’ continued impossible streak of playing Hercules and Irving’s shaky injury past, neither should be playing such a high volume of minutes. But with Love gone, the Cavs need them both more than ever.

James has always been the catalyst for the defending champs, but with Love out, his importance is highlighted even further. When Kyrie Irving plays without Love or James this season, the Cavs get outscored by over 20 points per 100 possessions, per nbawowy.

When none of the big three share the floor, the Cavs get out scored by almost 11 points per 100 possessions. So if the Cavs rest James and Irving more, the math says they will suffer at times.

But should they care?

The Boston Celtics are 2.5 games behind Cleveland for the number one seed in the East, and the Cavs are down two starters. So the Cavs have two choices: either hit the throttle harder on your two most important players in order to get home court advantage, or risk relinquishing the top seed in the East.

Home court advantage might be a fun narrative for a team like Boston to spin to its fans, but the reality is the Cavs have dominated the East. Regardless of the location.

Two postseasons ago, without Kevin Love and with a hobbled Kyrie Irving, the Cavs went 12-2 in the East. Last postseason they did the same, and would’ve gone undefeated had they respected the Raptors even a little.

The Cavaliers should have one goal: to be healthy for the playoffs. The only way one of the ankle-biting Eastern Conference “contenders” can beat them is if they aren’t at full strength.

The common rebuttal to the rest LeBron argument seems to be that he won’t allow it. It’s nice to invoke your competitive spirit and all, but LeBron has got to be smarter than that. And even if he’s not, what the hell were we all praising Ty Lue for last season?!

Look! Lue even swore at him!

Whatever the reason, the rest issue doesn’t solely extend over this season, either. LeBron is going to wear down at some point. We all thought Kobe Bryant was an unbreakable warrior until he showed us he wasn’t.

James is already top 30 in all-time minutes played, and as the numbers show, his team isn’t a championship contender without him. He is Cleveland basketball’s life savings, and should be protected at all costs.