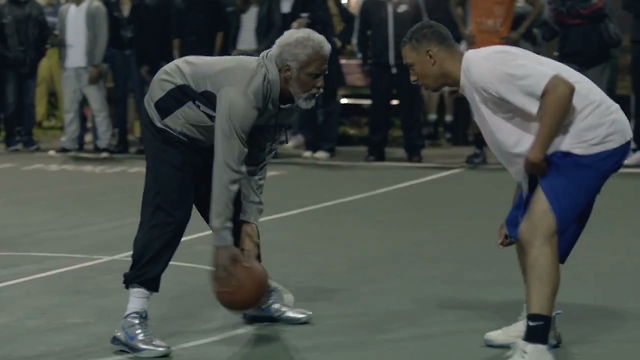 If you’re a fan of when Cavs star Kyrie Irving goes into his alter-ego of ‘Uncle Drew,’ than today’s news is sure to bring a smile to your face.

Reports are that the guard will star in a movie that turn Irving’s Pepsi commercial character into a full-length movie.

News of the film being in the works was first reported last week by Variety, which quoted writer Jay Longino saying that the goal is to work a bevy of NBA stars into the movie.

The film release date at this time is unknown. It’s also not clear how much Pepsi product will be featured in the film, as the idea of a commercial turned into a mainstream movie is unprecedented.

“I’m really proud of what we’ve been able to build with Pepsi,” Irving, who has been intimately involved in all the Uncle Drew scripts, told ESPN.com. “And even more excited for what’s ahead.”

The Uncle Drew Pepsi TV spots have millions of YouTube views, and it’s one of the more popular ventures that the company has done with an NBA player.

Now a full length movie? That shall be interesting, but if done right, could be a hysterical take on Irving’s character.

The Trouble with Love is… a number one seed?
Eminem, Mark Wahlberg Invest in Dan Gilbert’s Sneaker Business