Tribe Back On Top Of The AL Central Following Double-Header Sweep; Four Takeaways On The Day 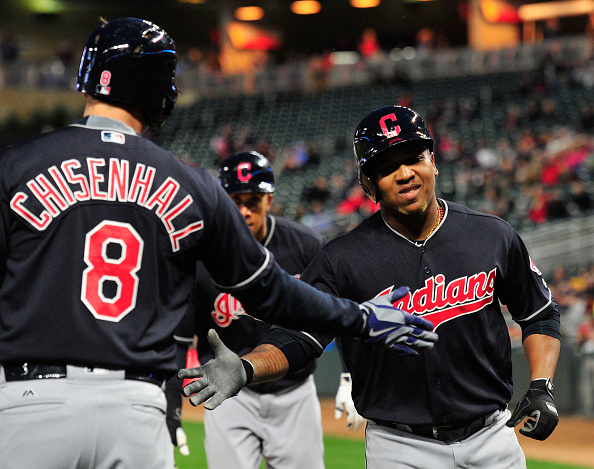 The Cleveland Indians have been playing in second place in the AL Central for most of the young season behind the surprising Minnesota Twins. With a big series currently in place, the Tribe looked to take over the lead with a Saturday doubleheader. They did just that, winning by final scores of 9-3 and 6-2.

Let’s talk about our four takeaways from the games and how the Tribe handled business on Saturday.

1. Offensive Outpour- The Indians absolutely tore the cover off the ball Saturday, scoring a combined 15 runs on the day. While the Twins tried to avoid pitching to Edwin Encarnacion, they would find themselves in trouble when Jose Ramirez, Lonnie Chisenhall and Bradley Zimmer would all have big days. Ramirez would go yard twice in the first game and Chisenhall would hit two long balls in the second game. Zimmer would bring in four runs in the afternoon contest, not starting later that night. When the Indians are hitting this well as a team, they’re nearly unstoppable. Oh, and Michael Brantley is currently on paternity leave. Wait until he gets back.