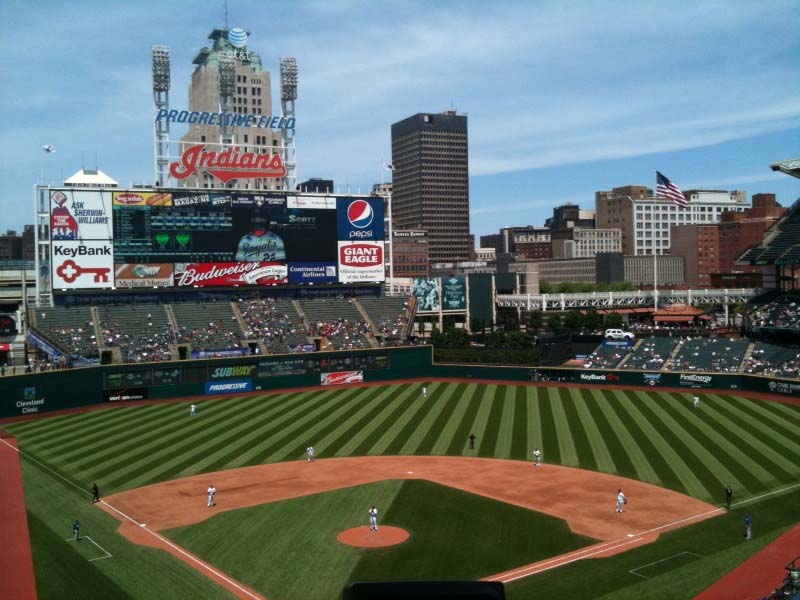 It just wasn’t in the stars tonight for the Indians. After last night’s 12-1 victory, they came out tonight rather flat, despite a late effort in the ninth to fall to the White Sox 4-3.

Adam Eaton got the Sox started in the fourth with a single to right, and Jose Abreu was safe at first after a fielder’s choice and throwing error from Indians shortstop Francisco Lindor.

A sac-fly from Melky Cabrera scored Eaton, and the Sox led 1-0.

In the home half of the fourth Ryan Raburn singled to center, and Carlos Santana followed with a double, moving Raburn to third. A sac-fly from Yan Gomes would tie the game 1-1, but that’s all the Indians would score that inning.

Rob Brantly walked in the fifth, and Avisail Garcia singled.

Indians pitcher Carlos Carrasco’s wild pitch moved the runners up, and Micah Johnson’s infield single to third scored Brantley. Eaton hit into a fielder’s choice with a bobbled ball at second and the Indians could only get one out, allowing the Sox to get another run in putting them ahead 3-1.

Shawn Armstrong was on the mound for the Indians to start the eighth and walked Trayce Thompson. Brantley extended the Sox lead to 4-1 with a double.

The Indians did keep it interesting in the ninth with a one out double from Gomes to left off of David Robertson.

An impressive at bat from Chris Johnson ended in a ball clearing the fence in center to cut the Sox lead 4-3, and Abraham Almonte singled to center to keep the rally going.

Jerry Sands came up and popped out to give the Tribe two outs. The night ended with a disappointing pick off play at first with Jason Kipnis at the dish, as Robertson got Almonte leaning to end the game.

Carlos Rodon allowed one run while pitching into the eighth inning for the White Sox. The starter is 3-0 with a 1.52 ERA in four starts and a relief appearance against the Tribe this year.

The Indians fall back to 73-74, and trail the Angels and Twins in the wild-card standings. The Tribe has alternated wins and losses in their last seven games.

Tomorrow to wrap up the longstand the team will look to get back to .500 in the rubber match between RHP Josh Tomlin and LHP John Danks at 1:10pm.