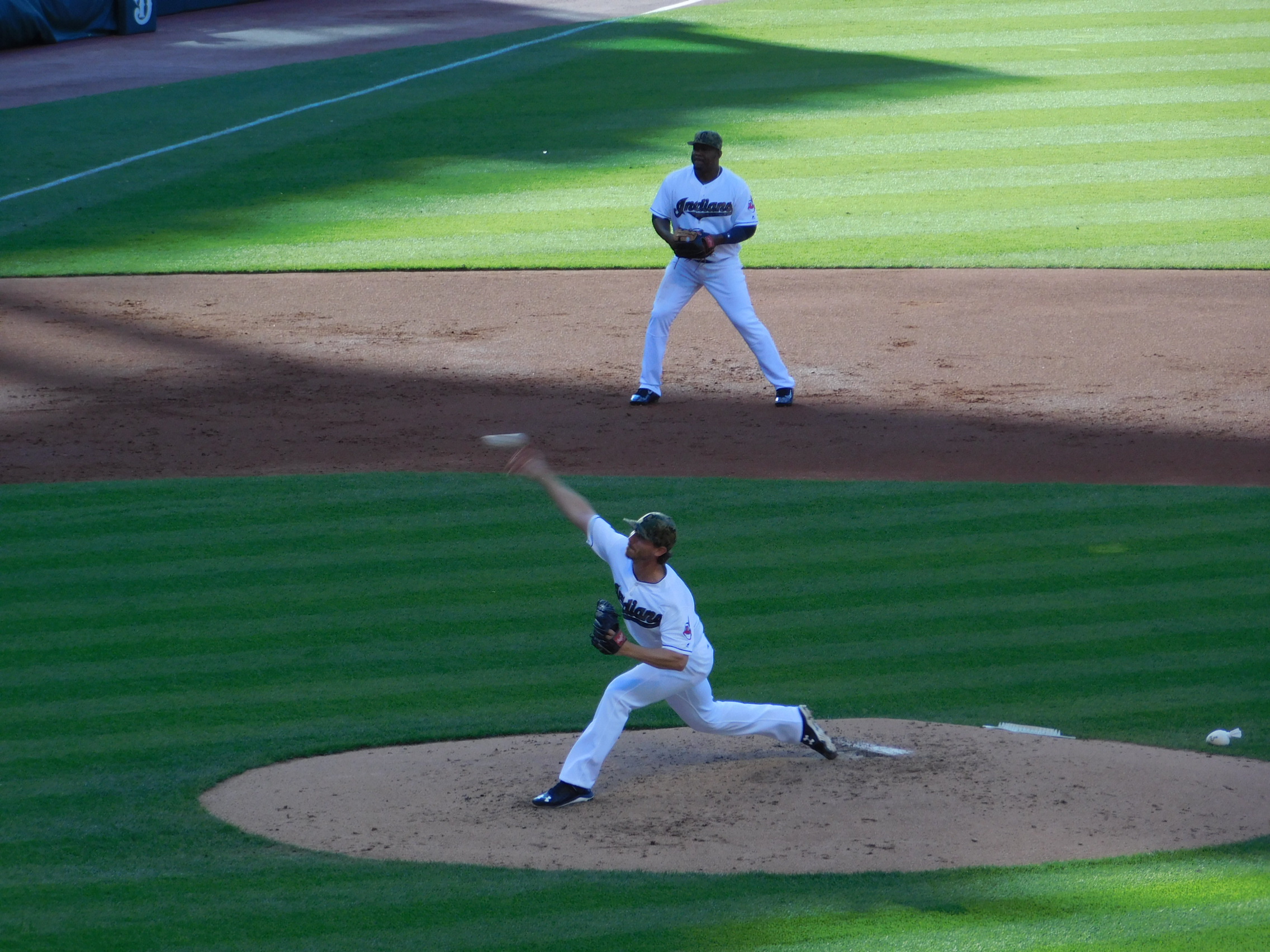 CLEVELAND – As if the month of August never existed, Josh Tomlin is back and seems ready to be a big part of the Indians rotation in the post season.

The Tribe hurler looked like the April-May-June Tomlin on Tuesday night, going 6.2 innings, allowing a run on five hits in the Indians 2-1 win over the Kansas City Royals.

“It feels good to be able to contribute and help this team win,” Tomlin said after the victory.

“I know I put them in a tough spot with those previous starts before these last two, but my job now is to look forward and try to go as many innings as I possibly can.”

After sporting an ERA over 11 in his five starts in August and being pulled from the rotation, in his last two starts, Tomlin has gone 11.2 innings, allowing just two runs on nine hits with no walks and five strikeout

His turnaround may be the reason that the Indians are able to breathe a little easier about the rotation as they hopefully enter the postseason in two weeks.

“We understand what happened, we get it, (Carlos) Carrasco and Danny (Salazar) are key parts of the rotation,” Tomlin said. “Our job is to step up, our job is to go out there and give this team a chance to win.”

Tuesday the win came in the most exciting of fashions, as for the 11th time this season it was a walk-off win at Progressive Field that sent the home fan home happy.

With the game tied at one in the 9th, the Indians scratched and clawed till they were able to get a runner on third with two outs for Brandon Guyer, who came in for Roberto Perez.

Guyer against Joakim Soria, laced a ball down the right field line, and Royals outfielder Paulo Orlando came racing over to try and make the catch.

The ball landed just in fair territory as Orlando tried to make a sliding catch. The hit plated the winning run, and it was Guyer’s first ever walkoff hit.

“When it fell, I wanted to have fun, but you kind of knew that it was going to get challenged, because you can’t see from where I was,” Indians manager Terry Francona said.

Guyer is the 9th different Indians player to earn a game winning walk-off this season at Progressive Field.

After Tomlin left the game, the American League’s best bullpen was able to get the job done, with Brian Shaw getting two outs, and then Andrew Miller going 1.2 innings to earn his 9th win of the year.

Miller has been video game like since the trade to the Indians from the Yankees. In 21 games with the Indians he’s now 3-0 with a 1.85 ERA and three saves.

In 24.1 innings he’s struck out 37 batters and has walked just two.

The win puts the Indians magic number down to six. The Tigers win over the Twins stops that number from going to five, but there’s still a chance the team may be celebrating the AL Central as early as Friday at Progressive Field.