Tim Duncan Will Not Play Saturday Night in Cleveland 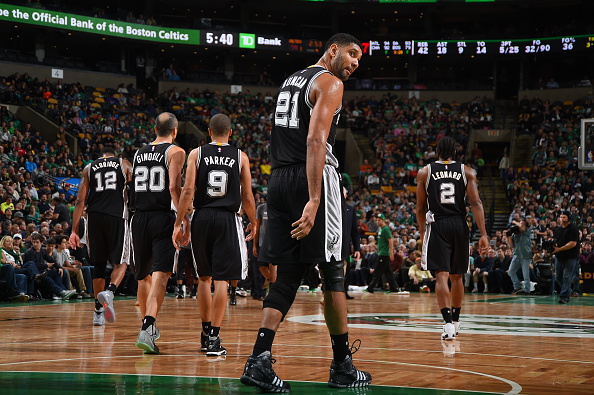 San Antonio Spurs forward/center Tim Duncan will not play in Saturday night’s contest at Quicken Loans Arena between the Cavs and Spurs.

Duncan has already missed three of San Antonio’s last four games, including Monday night’s game in Oakland against the Golden State Warriors, in which the Spurs were blown out by 30 points.

The 39-year-old underwent an MRI on his right knee on Wednesday, and Spurs Head Coach Gregg Popovich told ESPN.com that Duncan would undergo a regimen of rest and rehabilitation.

“I don’t do timetables, when he’s ready, he’s ready.” Popovich said when asked to speculate on a possible return of the five-time champion.

The two-time MVP made a big impact in the first meeting between the Cavs and Spurs in San Antonio on January 14th, in which Duncan scored 9 points and grabbed 6 rebounds, coming up with big stops in the clutch to help the Spurs hold off Cleveland 99-95.

3 Reasons Why Kevin Love Deserves to Be An All-Star
Love & Irving Put on a Show in Motor City, Cavs Beat Pistons 114-106