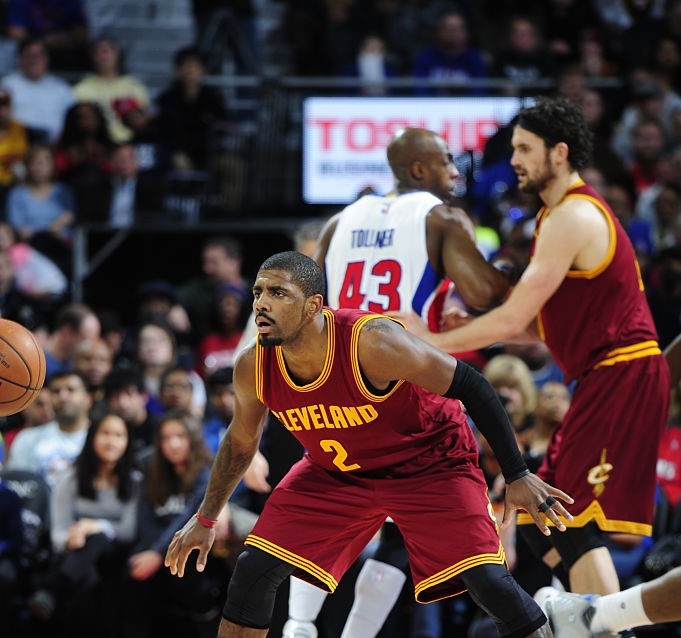 The Cavaliers travelled to the Palace of Auburn Hills to take on the Detroit Pistons (25-22) Friday night for a quick road game before they return home for a Saturday matchup with the San Antonio Spurs.

Cleveland was in control all game long, never letting off the gas pedal, and came away with their third-straight win, topping the Pistons 114-106.

Cleveland got off to a good start, thanks to ten points in the first quarter from Kevin Love, who was recently left off the Eastern Conference All-Star team.

The Cavs would lead 33-27 at the end of the first quarter.

Love stayed hot in the second quarter, entering halftime with 19 points and the Cavs stayed in front 66-58 after one half. It was the highest-scoring first half for the Cavaliers thus far in the 2015-2016 season.

Kyrie Irving scored 16 in the half, while Andre Drummond and Kentavious Caldwell-Pope each scored 13 for the Pistons.

Cleveland opened up the second half on a 7-0 run and kept rolling, heading into the fourth quarter on top 96-78.

LeBron James scored his 26,000th career point midway through the third quarter, becoming the youngest player to reach that milestone at the age of just 31. LeBron scored eight points in the quarter.

The Pistons made the fourth quarter somewhat interesting, getting it down to a ten-point game with 7:44 to play.

Detroit would finally cut the deficit to single digits with 4:45 to play, as Marcus Morris converted a three-point play to make it 106-97.

The Cavs would not let Detroit make a run and pulled through with the 114-106 victory.

Love scored a game-high 29 points. Irving was right behind him with 28 points.

Drummond ended up with 20 points and eight rebounds. He came into the game leading the NBA in rebounding, averaging 15 boards per game. It was just the ninth time in 47 games this season that Drummond did not post a double-double. Tristan Thompson deserves credit for that, putting up 11 points and grabbing 14 rebounds, while serving dutifully in the unenviable task of guarding Drummond.

Caldwell-Pope finished with 19 points on the night, as the Cavs locked him down in the second half, allowing just six points from the shooting guard after halftime.

Love’s outburst in scoring comes one day after the Eastern Conference All-Star Reserves were announced and he was not selected, but other power forwards, Chris Bosh and Paul Millsap were.

It was the fourth game this season in which Love has scored at least 25 points, finishing just five points shy of his season-high. The power forward has not missed a game yet in the 2015-2016 campaign.

There was some speculation that Irving would be selected to the All-Star team, as well, but point guards Kyle Lowry, John Wall, and Isaiah Thomas made it over him.

It was Kyrie’s third time this season scoring 25 or more points. Irving has only played in 19 games and the Cavs are 15-4 when he is on the court.

New Head Coach Tyronn Lue has been implementing a faster-paced offense in his first four games since taking over for David Blatt and that tempo change has resulted in higher scoring games.

The Cavs struggled in Lue’s debut against Chicago, scoring just 83 points, but put up 114 points against Minnesota and 115 against Phoenix. Friday night in Detroit, the Wine & Gold had their highest-scoring first half of the season, putting up 66 points before halftime and finishing with 114.

The defense has also allowed more points than we have come accustomed to in Lue’s first four games. Cleveland has allowed 96, 107, 93 and 106, respectively since the coaching change.

The inconsistent free throw shooting of the Cavaliers has been an ongoing issue in the 2015-2016 season, but Friday night, the Cavs turned the charity stripe into their ally, converting on 27-of-29 attempts.

The team has shot 72 percent on the season, entering play 25th in the league in FT percentage.

Detroit is ranked dead last in the NBA, shooting 65 percent as a team on the season. Drummond is largely responsible for that, shooting 35 percent on the season and Friday was no different, as the All-Star shot 2-for-8 from the line on the night.

The Cavs improve to 33-12 with the win and extend their win-streak to three games. Saturday night in Cleveland will be the last chance of the regular season for the Cavaliers to show they can hang with either of the elite Western Conference teams, as the San Antonio Spurs come to town. The Spurs will be without Tim Duncan, who has missed three of the last four games due to a knee-injury.

The two teams met in Texas on January 14th and Cleveland lost 99-95. The Cavs are 0-3 this season against Golden State and San Antonio, who are widely regarded as the two best teams in the NBA.

Tip-off is set for 8:30 PM at Quicken Loans Arena and the game will be televised nationally on ABC, as the Saturday night game of the week.