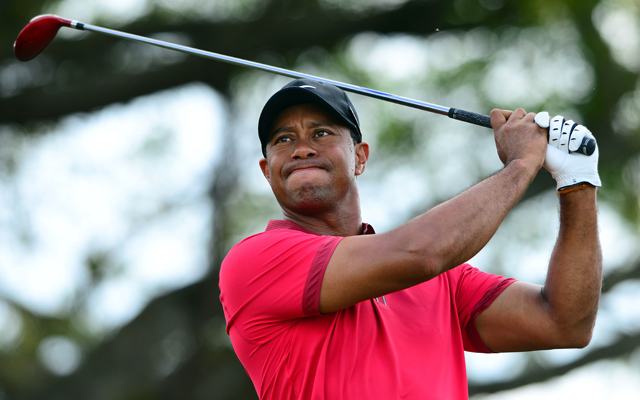 Let me be perfectly clear when I say this: I am NOT a Golf aficionado and am not attempting to be one in this article. What I plan on doing is drawing comparisons from one sporting great to another.

Since the year 2010, Tiger Woods has steadily fallen from grace. It doesn’t take a rocket scientist to tell us that one. Woods last won a Major in 2008 (U.S. Open) and also had four PGA Tour wins that year. From that point on, Tiger would appear in 91 PGA Tour events and won 14 PGA Tour events, none of them Majors. That production level meant that 15 percent of the time Tiger appeared in an event between 2009-2016, he would win it. That’s terrible. Even worse is that Woods didn’t play in a single 2016 PGA Tour event and has only taken place in one event this year. That event is the Farmers Insurance Open, where Woods didn’t even make the cut.

So you’re telling me that we’re supposed to welcome this type of production level from Tiger back at the Masters?

The stats aren’t the only thing irritating about this whole situation. It’s the fact that Tiger has been essentially idle since 2015 and now wants to jump into the most prestigious tournament all year.

Let’s try using a comparison to another sport.

How many people were thrilled when Brett Favre continued to show up on any team at any time after his Green Bay days? If you weren’t a Jets or Vikings fan, the chances were slim to none. But why? Favre was every child’s ideal quarterback growing up, someone they could model themselves after. The gunslinger was such a charismatic player who had the accolades to go with it, it seemed like the fans would always be there for number four. But Favre continued to play when he didn’t have it. He looked at every corner for a team to sign him, which of course is going to happen when you’re Brett Freakin’ Favre. He had very rough statistical seasons two out of his last three seasons. Favre also only made the playoffs in one of those seasons, reaching the NFC Championship Game in 2009. But believe you and me, there was an abundance of joy in New Orleans when Favre threw a costly interception to lose the NFC Championship Game. Though he would return for one more season, the book had been written on Brett Favre.

But Favre continued to play when he didn’t have it. He looked at every corner for a team to sign him, which of course is going to happen when you’re Brett Freakin’ Favre. He had very rough statistical seasons two out of his last three seasons. Favre also only made the playoffs in one of those seasons, reaching the NFC Championship Game in 2009. But believe you and me, there was an abundance of joy in New Orleans when Favre threw a costly interception to lose the NFC Championship Game. Though he would return for one more season, the book had been written on Brett Favre.

Favre had pretty good stats in his second-to-last season and people still wanted him out. A 33/7 touchdown to interception ratio wasn’t enough to get a lot of fans behind him due to the situation it was happening in. This wasn’t Heath Ledger’s Joker. This was merely an imitation by Jared Leto.

The reason I use Favre is simple. A heralded player played a little too far beyond what he should’ve played and the result was a lot of fans turning into enemies. Not because Favre wasn’t likable, but because he appeared to only want to show up for the big moments. It wasn’t about playing anymore. Just glory. The spotlight was most definitely on Favre, mostly for the dislike he garnered for the three-year stunt he performed after Green Bay.

So if Favre had decent stats and people still couldn’t get behind him, what does that say about the public perception Tiger Woods finds himself in? When the biggest news coming out of your career in the last seven years is your relationship, maybe it’s time to take a long, hard look in the mirror and face the facts.

Tiger Woods is a great player. He is the greatest golfer of my generation and very possibly the greatest of all-time. He has won Major after Major after Major- 14 of them to be exact. And though he will probably never catch Jack Nicklaus, many still argue that Tiger’s body of work is more complete. So don’t take this article as a dig at Tiger’s career. It’s just the point that in sports, you would rather go out on top and leave them craving more. Not letting them see you crumble. Tiger’s stubbornness to play is hurting his image with the younger fans who just see this as an attempt at the spotlight.

Tiger can go out and play at The Masters. No one can stop Tiger and no one would even dare tell him to stop playing. Believe me, if he makes it past the first cut, it’ll be a nostalgic moment for many golf fans. And if he wins, it would be the biggest story of the year. The first is unlikely and the second is all but impossible. To me, the biggest story to come out of Tiger’s return to The Masters is the fact that he’s stealing the attention that guys like Jordan Speith, Rory McIlroy, Rickie Fowler and Dustin Johnson have worked for. That isn’t right, no matter how big of a Tiger Woods fan you are.

That’s what I find the most frustrating about Tiger Woods and I hope that Tiger will see it too. To him, it might just be him coming back for one more shot at The Masters. To me, it’s a 41-year-old chasing his glory days again.

What do you think about Tiger’s return to the golf game at The Masters? Let me know on Twitter @Eli_Mooneyham.