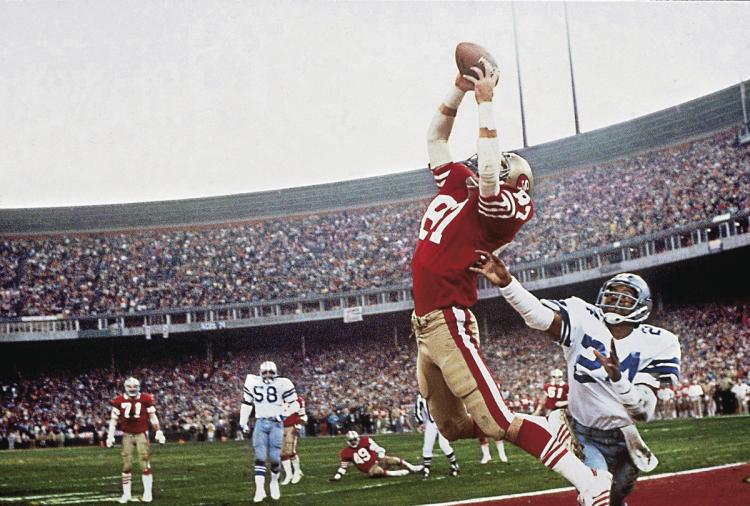 Clark announced that he has ALS on Twitter on Sunday Night.

I wanted to share some unfortunate news: I have ALS. https://t.co/RqU0fFT98g

Clark played 9 seasons in the NFL with the San Franciso 49ers and won two Super Bowl championships. Clark had 506 catches for 6,750 yards and had 48 touchdowns.

Dwight Clark has one of the most recognized plays in NFL history when he made a catch at the end of the end zone on a pass from Joe Montana to defeat the Dallas Cowboys in the 1982 NFC Championship Game. Clark’s catch is recognized now as “The Catch”.

Dwight Clark had this to say about being diagnosed with ALS:

“While I’m still trying to wrap my head around the challenge I will face with this disease over the coming years, the only thing I know is that I’m going to fight like hell and live every day to the fullest. I’m not having a press conference or doing any interviews. That time will come. Right now, I’ve got work to do. I’ve got to devote all my energy preparing for this battle, and I would hope you can respect my family’s privacy as I begin this challenge. My ultimate hope is that eventually, I can assist in finding a cure for ALS, which disrupts the lives of so many and their loved ones.”

ALS is a disease that impairs nerves in the brain and spinal cord. People that suffer from the disease eventually lose the ability to speak and all motor functions. The decay of neurons eventually becomes fatal.