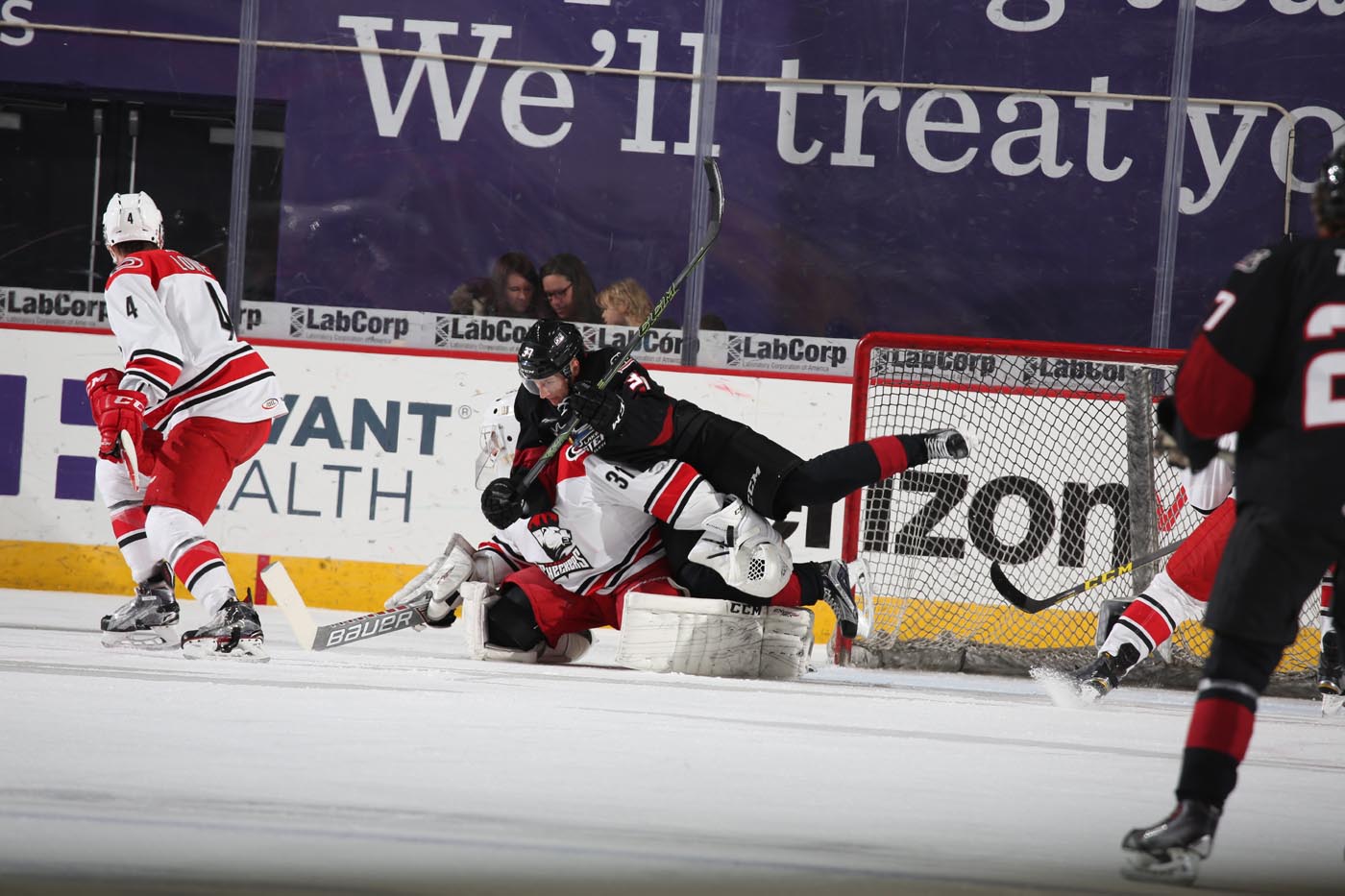 CHARLOTTE, NC – In the fifth of eight meetings between the two teams this season, the Lake Erie Monsters defeated the Charlotte Checkers on Friday at Bojangles Coliseum in Charlotte, NC by a final score of 1-0.

With the win, the Monsters improved to 23-16-4-3 overall this season and with a .576 points percentage, remain alone in fifth place in the AHL’s Central Division standings.

After a scoreless opening frame, the Monsters claimed a 1-0 lead when Josh Anderson utilized a burst of speed at neutral ice to power home his tenth goal of the season, an unassisted marker, just 49 seconds into the middle frame.

Neither team was able to post a goal in the final stanza, so Anderson’s marker went down as the game-winning tally in a 1-0 Monsters victory when all was said and done.

Brad Thiessen notched his second shutout of the season and improved to 5-2-2 in net for Lake Erie by virtue of a 27-save performance on Friday, while Charlotte’s Daniel Altshuller took the loss despite stopping 24 of the 25 pucks he faced.

Next up for the Monsters, it’s a Saturday rematch with the Checkers with full coverage, live from Bojangles Coliseum in Charlotte, NC, underway at 7:00 pm on 99X and the Monsters Hockey Network.