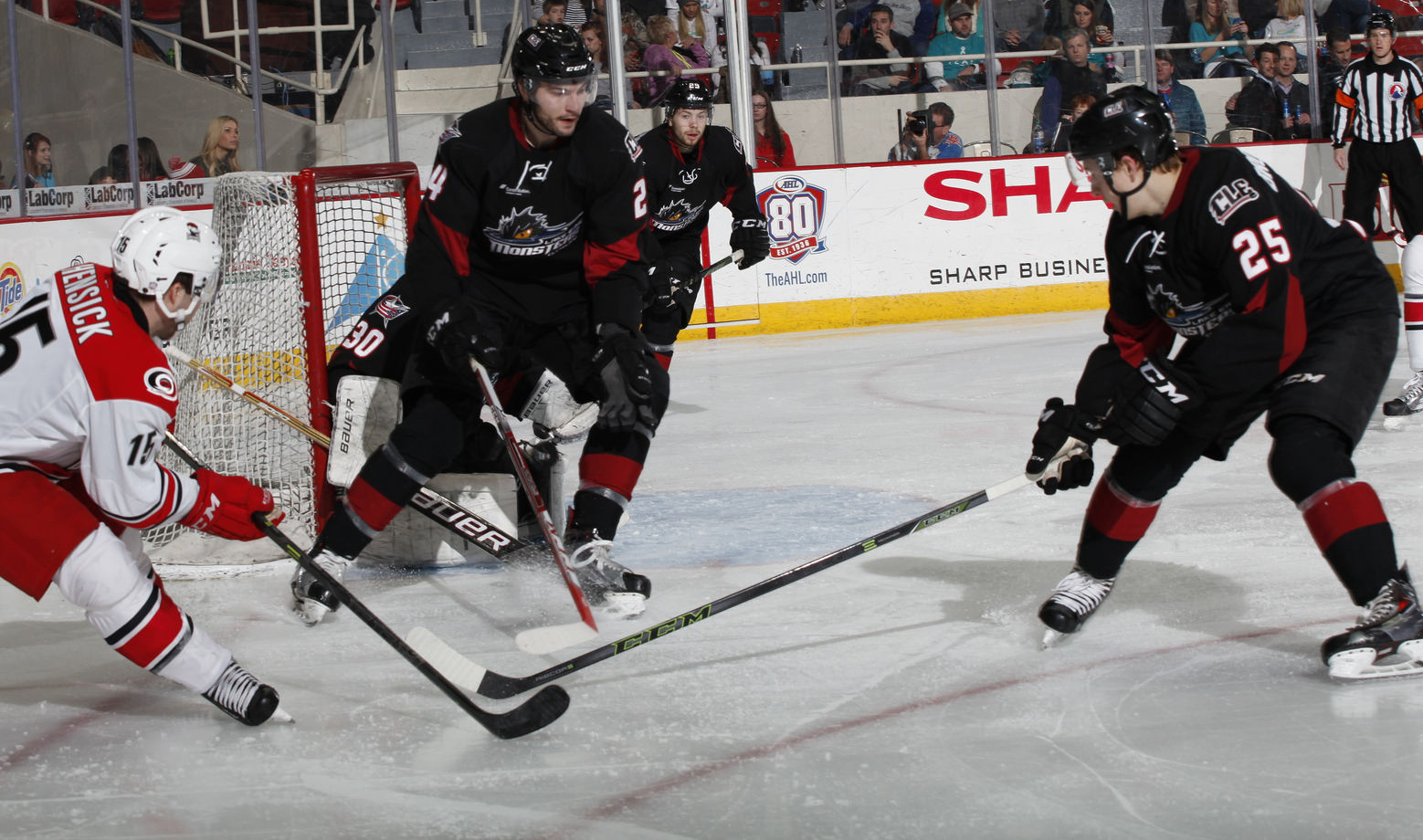 CHARLOTTE, NC – In the sixth of eight meetings between the two teams this season, the Lake Erie Monsters defeated the Charlotte Checkers on Saturday at Bojangles Coliseum in Charlotte, NC by a final score of 4-1. With the win, the Monsters improved to 24-16-4-3 overall this season and with a .585 points percentage, remain alone in fifth place in the AHL’s Central Division standings.

The Monsters seized a 1-0 lead at 10:18 of the opening frame when a three-on-one rush for Lake Erie saw Sonny Milano feed Nick Moutrey in transition for an even-strength one-time score, Moutrey’s fourth goal of the season, the opening frame’s lone tally. In the middle period, John Ramage provided a power-play goal in the early going, as Michael Chaput and Josh Anderson combined to set up a center-point blast that made it 2-0 Lake Erie at 1:24 of the frame.

In the third, a Michael Chaput wrister ran the Monsters’ lead to 3-0 at 5:18 of the period, thanks to an Alex Broadhurst feed, before the Checkers notched their first goal of the weekend at 16:28 on a power-play conversion authored by Sergey Tolchinsky.

The supplier of Lake Erie’s lone goal in Friday’s 1-0 victory, Josh Anderson, capped the sweep with an empty-net goal at 18:40, assisted by Chaput and Dillon Heatherington, that established the Monsters’ final 4-1 margin of victory and drew Anderson into a tie with Daniel Zaar for the team-lead in goals with eleven so far this season.

Brad Thiessen improved to 6-2-2 in net for the Monsters by virtue of a 22-save performance and finished the weekend sweep of the Checkers having stopped 49 of the 50 combined pucks he faced. On the other side, Daniel Altshuller took the loss in net for Charlotte despite a 28-save performance.

Next up for the Monsters, it’s a Tuesday home clash vs. the Chicago Wolves with full coverage, live from The Q, underway at 7:00 pm.