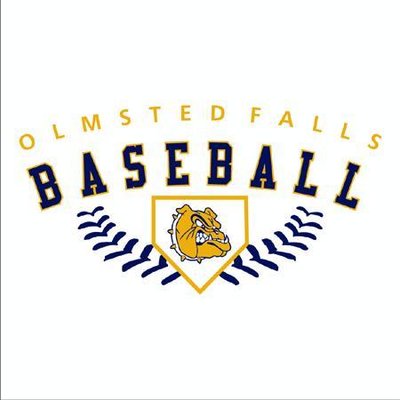 Olmsted Falls- The Olmsted Falls Bulldogs walked off the Berea Midpark Titans, 10-9, courtesy of a Braden Galaska single in a Southwestern Conference showdown on April 27.

It wasn’t easy for the Bulldogs, who were up 8-2 at one point and Olmsted Falls coach Dan Largent knew the Titans were going to give them a tough test.

“I think that we jumped out to a big lead against a good team.  Unfortunately we misplayed a couple balls to let them back in and that’s baseball, but we hung with it and ended up coming through at the end,” Largent said.

Duliba struggled early, giving up four runs in the bottom of the first.

Leading the Titans offense were Kyle Gliha and Corey Hedreck both going 3-for-4 with an RBI each.

Alex Cook chipped in with two RBI for the Titans.

Earning the win for the Bulldogs was Teddy Grendzynski, who worked two innings, allowing three runs on five hits.

In a game that featured 19 runs and 27 hits, leading the offense for the Bulldogs was Brian Eisman going 3-for-4 with a double, an RBI, and two runs scored.

It looked like the Bulldogs were going to pull away early, after scoring four runs in the first and creating some more distance in the fourth.

In the fourth inning, the Bulldogs led 8-2 and had runners at the corners with one out when Duliba threw to first base. Jack Hamel responded by running home and was thrown out at the plate. Then, catcher J.C. Bricker threw out Brian Eisman at second base attempting to advance.

The Titans scored seven runs over the fifth and sixth innings to tie the game.

Grendzynski shut the door on the Titans in the seventh, pitching a 1-2-3 inning.

The Bulldogs quickly loaded the bases with an error, a hit by pitch, and a single bringing Braden Galaska to the plate with a chance to end it.

The first pitch of the at-bat was ripped down the third base line, as Nate Causey came in to score the game-winning run.

Galaska finished the game going 2-for-3 with two walks, an RBI and two runs scored for the Bulldogs.

“The first pitch was there and I tried to do anything I could to put it in play.  If you put it in play, then make the defense either make a play or put it in the air in the outfield and hopefully the run could tag up and run home,” Galaska said after the game.