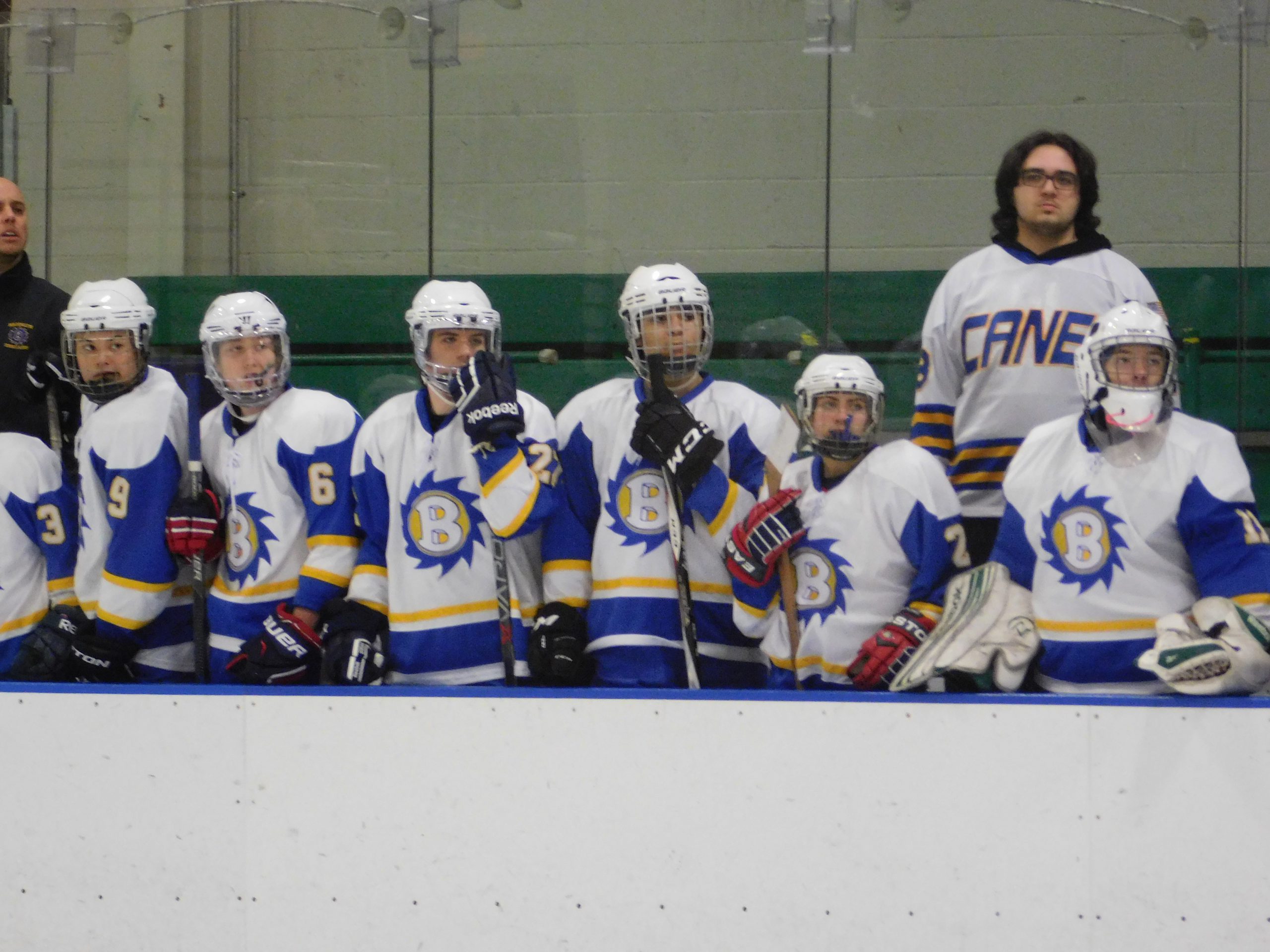 The Brooklyn Hurricanes improved to 6-1-0 on the season Thursday night at the John M. Coyne Recreation Center, skating past the Garfield Heights Bulldogs 14-4.

The setback for the Bulldogs puts them at 0-4-0 on the season in GCHSHL play.

Gavin Supek of the Hurricanes was feeling it, as he deposited seven goals in the victory, including four assists for 11 points on the night.

Supek now has 20 goals on the season (29 points overall) in just seven games for the Hurricanes.

While he did his damage, the forward was helped out by Aaron Wrost, who had a huge night of his own with six goals in the victory.

The Hurricane defender, along with Supek, make an excellent 1-2 punch that’s hard to beat. On the season Wrost has accounted for 34 total points (27 goals and seven assists).

Jason Edmonds got the win in net for Brooklyn, as he stopped 18 of 22 shots in the win, moving his record on the season to 6-1-0.

Garfield Heights goalie Issa Lemon pushed back 54 of 68 shots in the loss. He falls to 0-3-0 in net for the Bulldogs this year.

The next test for Garfield Heights will be Saturday afternoon as they will travel to Elyria to play the 1-4-0 Panthers of Elyria Catholic.

The Hurricanes will look to avenge their only loss of the year in their next game, as they will host Nordonia at 7:30pm on January 3rd. The Knights are 5-1-0 on the year.