Strong Second Quarter Sets The Tone For Solon As They Defeat Cornerstone Christian, 104-72 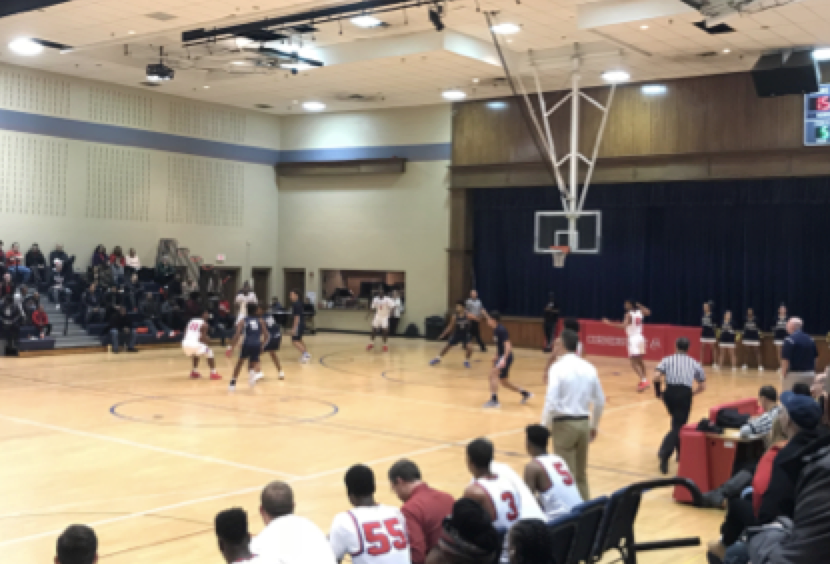 WILLOUGHBY, OHIO– A back-and-forth first quarter looked promising for a game that would be a battle for four quarters. A second quarter fueled by a stellar performance behind the arc gave Solon a comfortable lead that would be too much to overcome. Solon would go on to defeat Cornerstone Christian by a score of 104-72 Tuesday night.

Defeating a team like that by 32 points is no easy task. Just two years ago, Cornerstone Christian won the Division IV State Championship down in Columbus. A defensive effort along with a strong start was the key for a win tonight.

“Our defense won the game for us,” Sincere Carry said. “We turned defense into offense.”

Heading into the game Tuesday night, Cornerstone Christian knew they needed to send a message early on to end up beating Solon. Coach Selle’s team did their part in the first quarter as they stayed close with Solon for the most part.

The second quarter is when Solon started to pull away. Senior Sincere Carry had the hot hand from the opening tip-off as he made his first five 3-pointers while creating open looks for his teammates as well.

“I had a good shooting round today,” Sincere Carry said. “I was just comfortable and kept shooting, I was just looking for my shot.

The West Liberty commit would lead Solon in scoring as he had a game-high 25 points.

The Comets used their deadly 3-point shooting along with their hard-nosed full-court pressure defense to force Cornerstone Christian into shooting contested shots which led to transition points for Solon.

Solon would lead by as much as 28 points midway through the second quarter. Their lead would stay steady throughout the rest of the quarter and the Comets would head into halftime with a comfortable 55-32 lead.

The tempo remained the same for Solon during the second half. The 23 point lead at halftime almost doubled in the third quarter as Solon would take a 41-point lead after 24 minutes.

With just under three minutes left in the fourth quarter, Solon hit the century mark. Four more points later and they would finish with a season-high in points to push their record to a perfect 10-0.

Michael Bothwell and Kendall Saunders would lead the Cornerstone Christian offense against Solon by scoring 22 and 20 points, respectively. Martel Ferrell contributed with seven points as well.

Up next for Solon is a home matchup against Strongsville Friday night as they look to keep their perfect season intact.

Things don’t get any easier for Cornerstone Christian as they travel to play Garfield Heights Friday night.