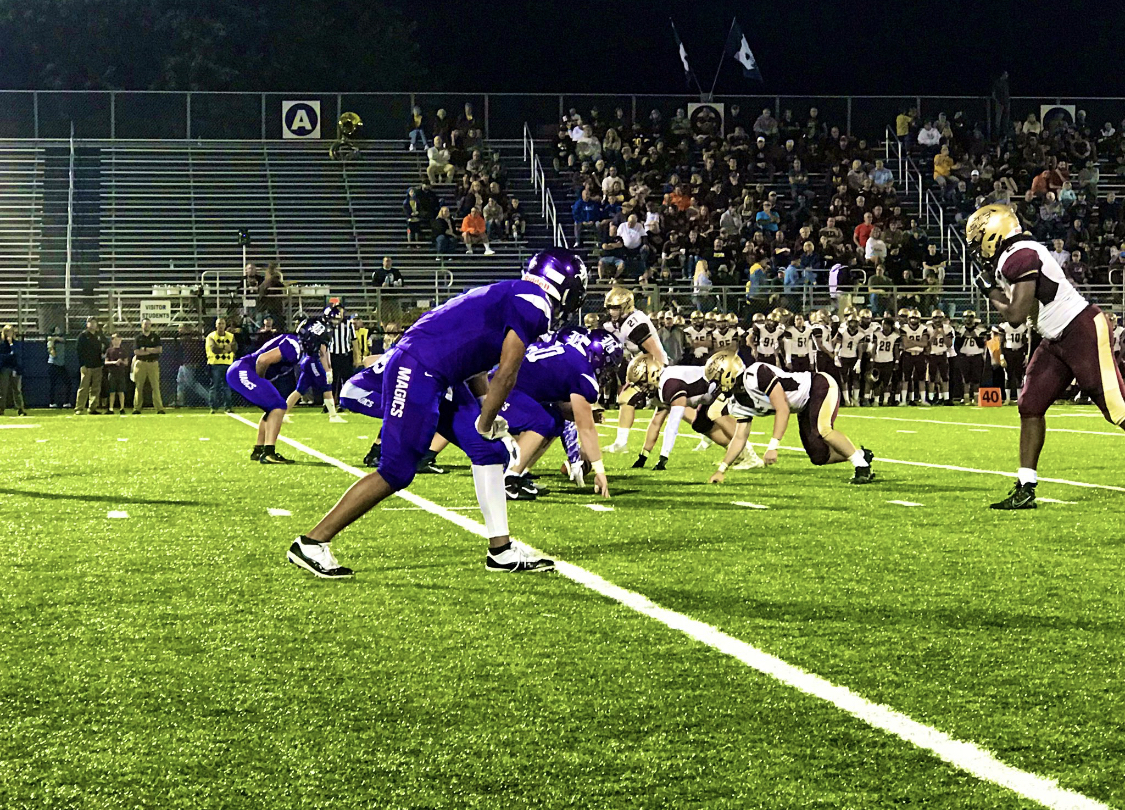 BARBERTON, OH – Coming into their much anticipated home opener, Barberton hadn’t lost a regular season game since 2016. The Magics couldn’t protect that streak, as they fell to Stow 34-21.

Barberton would start off strong, driving down the field in under three minutes. The opening drive was capped off by a 25-yard touchdown strike from Chase Haywood to Ryan Watkins to put the Magics on top 7-0.

Just a few minutes later, Stow would break off a big scoring play of their own. Mykal Azar dashed 34 yards for the score, but a failed conversion would hold the score at 7-6.

At this point, Stow would begin to pile on a few touchdowns. Owen Bainbridge would find Justin Weightman for a 49-yard catch-and-run, followed by another touchdown pass to Azar right before halftime.

Coming out of the break, Bainbridge continued his impressive evening by orchestrating a long touchdown drive that ended in an 18-yard touchdown pass to Clayton Mosher.

With Stow up 27-14, things began to get a little bit tense on the Barberton sideline.

Barberton would be able to respond, closing the gap to 27-21 heading into the final 12 minutes. The Magics defense would step up to the plate, forcing a three-and-out to start the 4th.

However, disaster would strike as Haywood would throw an interception from his own end-zone. Stow would return the blunder for a massive touchdown, extending their lead to 34-21 with 11:38 to play.

A lot of credit for this game falls on the Stow defense. The Bulldogs would bully Barberton late, picking up multiple sacks and forcing a few punts down the stretch.

The defense would continue to hold strong for the remainder of the game, making the final 34-21 in favor of Stow.

Barberton (1-1) is now in uncharted territory after taking their first regular season loss in 21 games. They will look to rebound when they host up-and-coming Cuyahoga Falls (2-0).

Stow (2-0) will look to build on the momentum when they host GCC powerhouse Solon (2-0) next Friday.

Keystone Wildcats Put Up 22 in the Fourth Quarter to Upend the Cloverleaf Colts 29-21
Medina Bees Improve to 2-0; Top the Highland Hornets 31-0