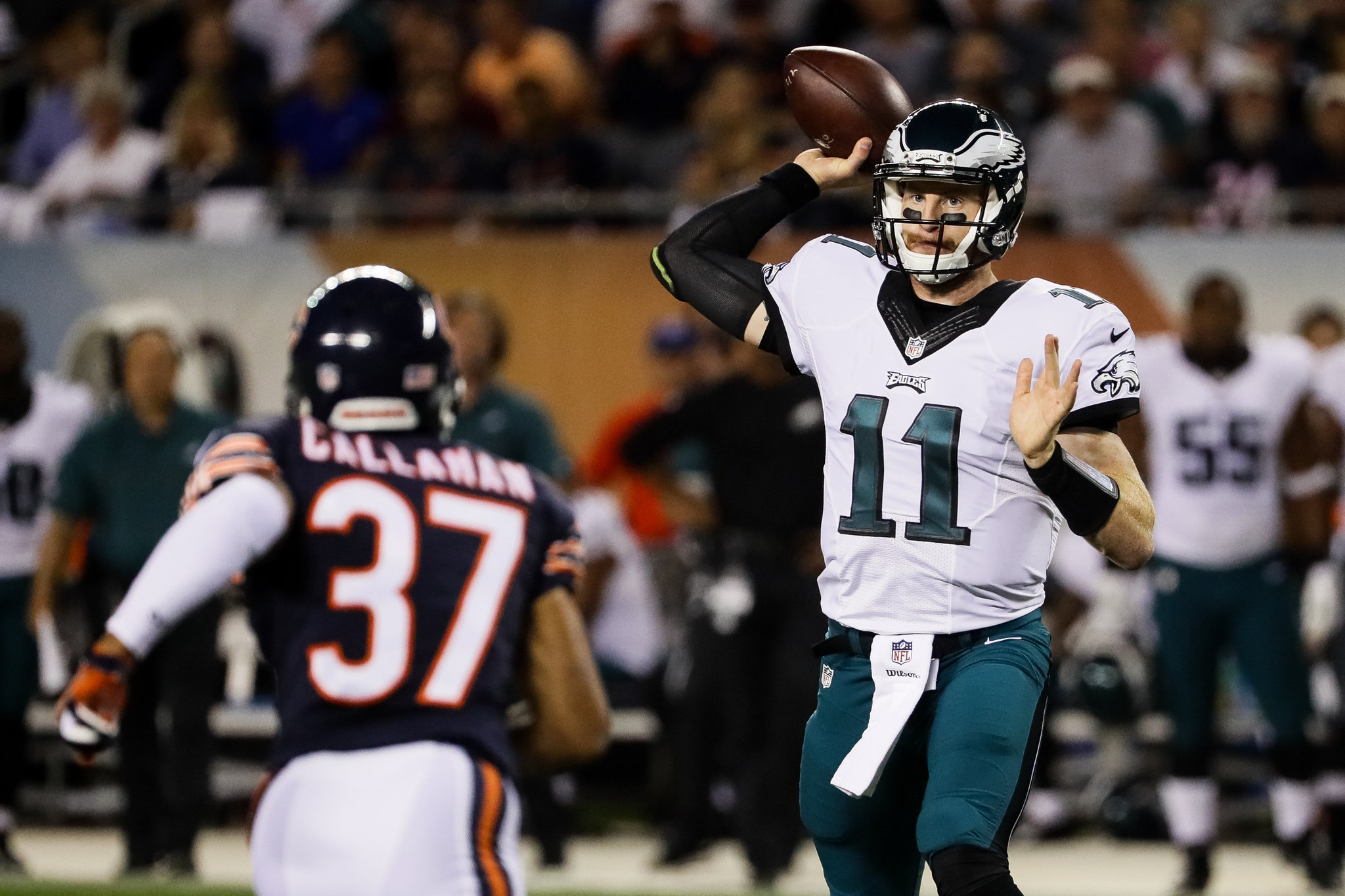 The Cleveland Browns had the opportunity to draft quarterback Carson Wentz with the second overall pick in this year’s NFL draft, but decided to trade that pick to the Philadelphia Eagles.

The entire National Football League has only played two football games thus far but these two games have really made Browns fans wonder. What if the Browns drafted Carson Wentz?

Wentz, the starting quarterback for the Eagles, has been sensational in this first two starts. He has thrown for 468 yards and has three touchdowns on the season to zero interceptions; a 94.1 career recorded.

The young quarterback’s toughest challenge will be facing a difficult Pittsburgh Steelers defense, who have been playing lights out football.

Steelers quarterback Ben Roethlisberger told ESPN’s Jeremy Fowler in a recent interview that he was surprised the Browns didn’t draft Carson Wentz saying, ““I thought he was AFC North all the way.”

Roethlisberger continued by saying that he knows Wentz quite well since they share the same agent. He described his overall work ethic and his football knowledge when saying, “He’s a really smart guy, smart player, physically gifted, so I think all of that kind of helps.”

While this organization has always been known for making crazy decisions, it’s not like Wentz would have done any better if he was on the Browns. This team has a young defense full of rookies unlike the Eagles who have a fantastic defensive front and decent secondary. Let’s not forget that Wentz has an offensive line in Philadelphia that can protect him even better.

We will have to wait and see Wentz’s development as the season progresses to really see if the Browns lost what could have been their franchise quarterback.