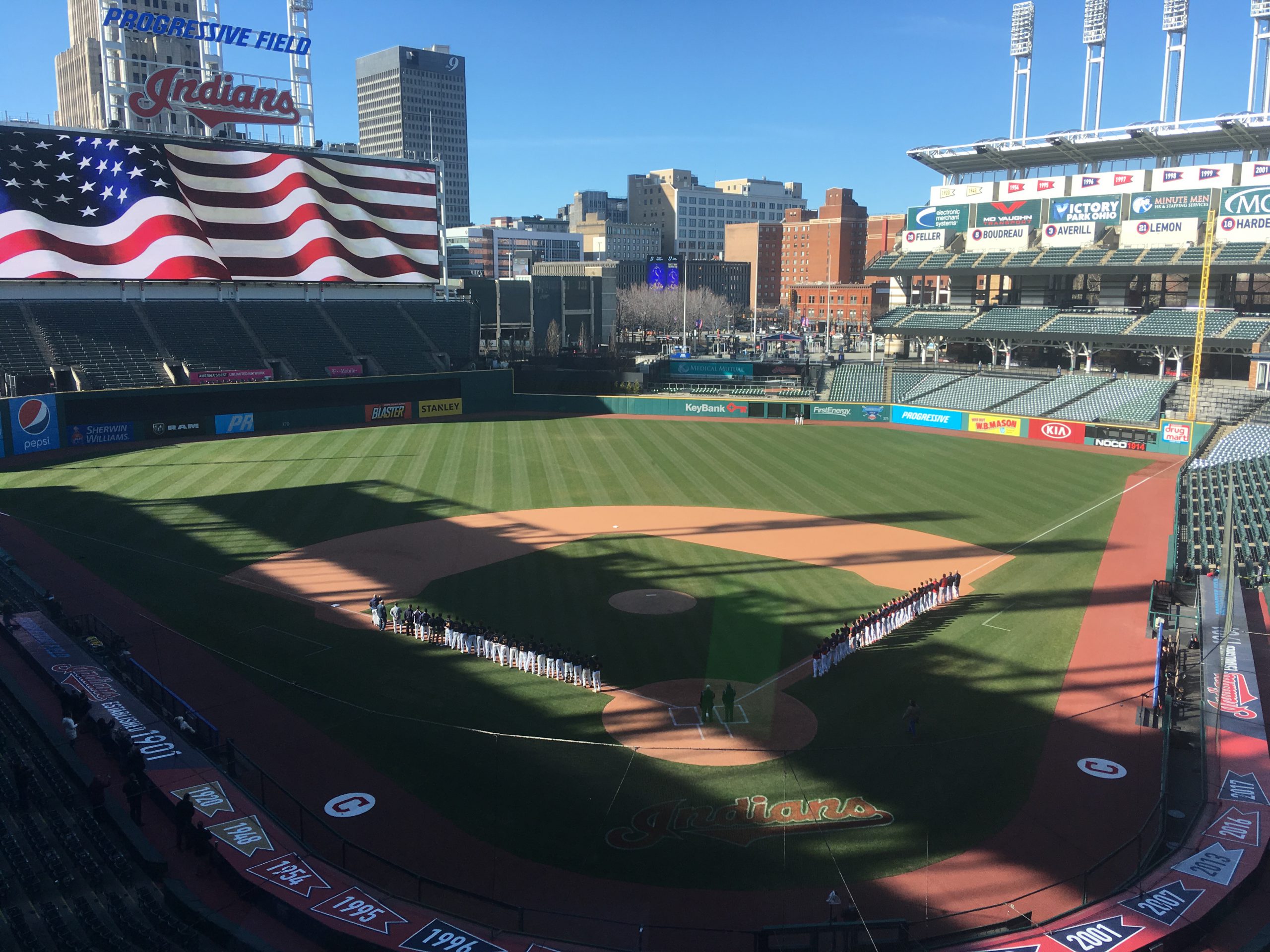 Cleveland, Ohio – St. Ignatius got two runs in the bottom of the fifth inning to defeat Kenston 7-5 in a time-shortened game on a chilly Friday afternoon at Progressive Field.

The Wildcats got things started in the bottom of the first inning with an RBI groundout by senior third baseman JJ Conway.

They would tack on three more in the third, all with two outs, to increase their lead to 4-0.

Sophomore third baseman Jon Tomcufcik would add an RBI groundout in the third to get Kenston on the board.

St. Ignatius would answer by adding a run in the fourth before Kenston rallied in the fifth.

In the bottom half of the inning, the Wildcats would take the lead on a go-ahead bases-loaded walk by junior Austin Jones. They would add another run on a fielders choice groundout before the game ended due to a two-hour time limit.

“It feels awesome. I just wanted to try and help my team in the movement and not press too much. I was just taking what the pitcher was giving me.” said Jones.

Junior infielder AJ Gaich went 1-2 on the day with 3 RBI, two on a double in the second inning to aid the winning effort.

“It’s a great once-in-a-lifetime experience to get out here. We were just trying to hit the ball hard and get runners in.” said Gaich. “I think if we hit the ball well and continue to score runs, we’ll be a dangerous team come playoff time.” he added.

“It always feels good to get the win down here.” said St. Ignatius headband coach Brad Ganor. “It was a well-played game on both sides. The most important thing is that our guys walked away enjoying the experience and (Kenston) did too.”

St. Ignatius improves to 7-3 and will take on Olentangy Orange and Olentangy Liberty in a doubleheader Saturday afternoon.