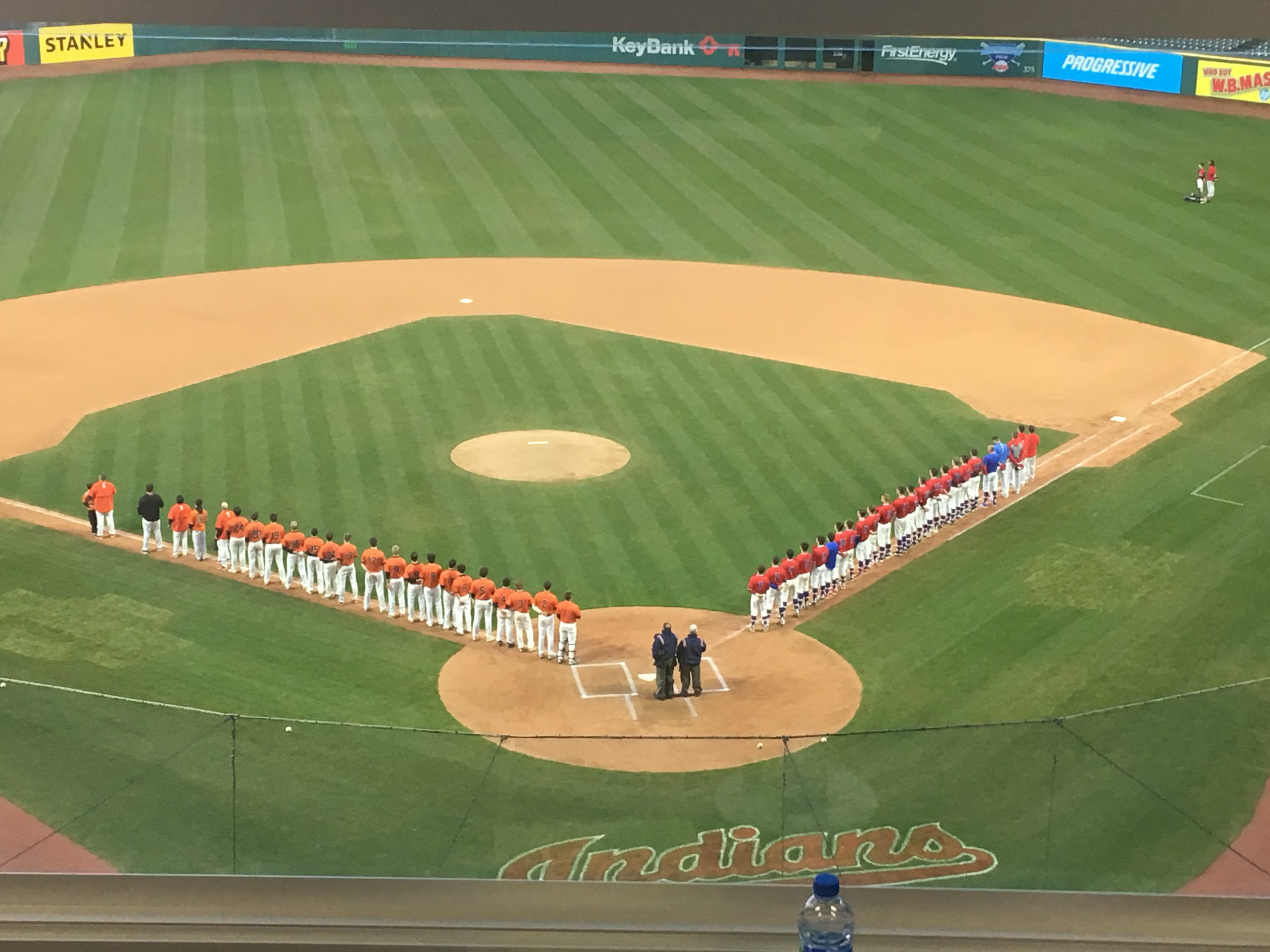 Cleveland, Ohio – The Chagrin Falls Tigers scored six runs in the first inning en route to a 12-3 victory of the Revere Minutemen in the nightcap of the CIC Hardball Classic Friday.

After two outs in the first, the next five Tiger hitters all reached base, with Adam Bencko’s bases-clearing single padding the lead to 5-0. Sam Dolan’s single increased the lead to 6-0, ending the night for Revere starting pitcher Jack Schloss.

The lead definitely helped senior starting pitcher Colin Kennedy, who threw four shutout innings, allowing just two hits, walking two, and striking out eight. He also got a key double-play in the fourth to get out of a bases-loaded jam.

The Tigers would add one more run in the second, fourth, and fifth innings to pad their lead to 9-0.

Revere got on the board in the sixth off relief pitcher Cole Weiss. Sophomore Nate Klonowski hit an RBI single to center field to break up the shutout. The Minutemen would add two more runs to close the gap to 9-3, but could get no closer.

In the bottom half of the sixth, the Tigers would add two more for the final margin.

Revere drops to 5-7 and travels to Wooster for a doubleheader Saturday afternoon.