Sports On Tap: Game Of The Week: Recap, Interviews and Video- Medina Highland Falls to Brunswick In Week 1 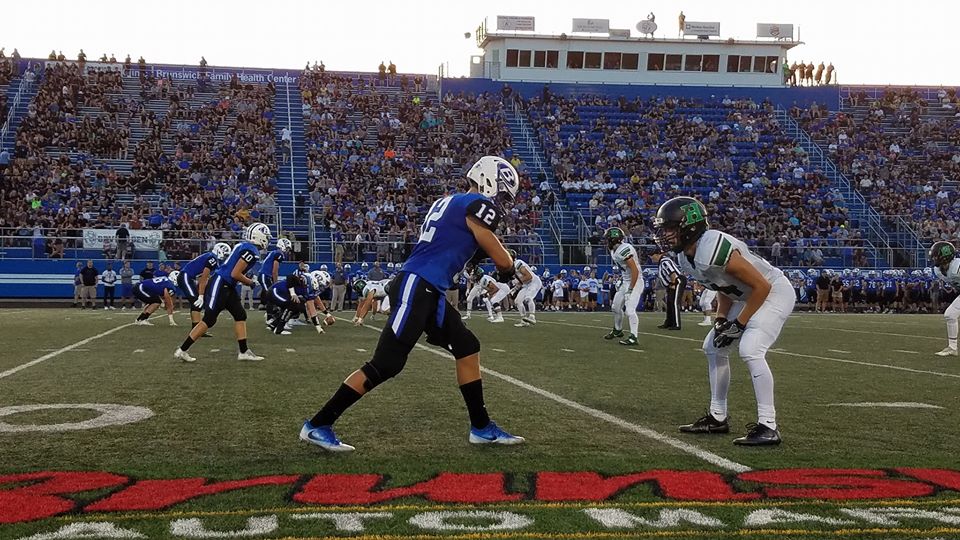 The 2016 high school football season kicked off with a fantastic week 1 matchup between the Medina Highland Hornets heading north to face the Brunswick Blue Devils. It was clear from the beginning that both teams were amped up, eager to start the season off in the win column.

Highland got off to a fast start, scoring on their first offensive drive on a 38 yard touchdown pass from Highland QB Mathew Ernst to WR Evan Kasulones. Brunswick was not able to get their offense going in the early going and the Hornets held a 7-0 lead after 1 quarter or play.

Early in the second quarter the Blue Devils Offense finally got on the board with a 26 yd field goal from Senior Tim Dick. After holding the hornet offense to a three and out on the following possession, Brunswick senior running back Jacob Martin rattled off a 75 yd. TD run to put the Blue Devils up 10-7. Highland was threatening late in the second quarter, but a failed 4th down attempt at the red zone kept the score 10-7 in favor of Brunswick at half time.

Highland started the second half with the ball and put together an 80 yd TD drive capped off by a 22 yd. TD Pass from Ernst to WR Jake Sir Louis, giving the Hornets a 14 -10 Lead in the 3rd Quarter. Brunswick’s defense battled back and forced a fumble late in the 3rd quarter providing a spark to the Blue devil offense.

Following the Highland fumble late the in the 3rd quarter, the Blue Devils put together a 45 yard TD drive capped off by 5 yd TD run by Jacob Martin, his 2nd touchdown of the night, to put the Blue Devils up 17-14 in the middle of the 4th quarter. Brunswick was attempting to salt away the game late in the fourth quarter; however costly penalties and some miscommunication forced Brunswick to give the ball back to Highland with 2:45 left in the game. Despite an impressive 36 yd 4th down reception by Highland WR Jake Sir Louis; Brunswick’s defense was able to fend off Highland’s final attempt at a comeback win, stopping them on a 4th down attempt with 30 seconds left in the game. Giving the Blue Devils their first win on the season and the Hornets a disappointing loss.

Brunswick Coach Luke Beal praised the effort of his team post-game saying “I told our team it would be tough and it was, this was a good team we played tonight in Highland, I am proud of the effort you put forth tonight”

Brunswick Senior RB Jacob Martin Finished the night with over 100 yds rushing and 2 TDs also praised the effort of his teammates saying: “I give all my credit to the other 10 guys out there, its cause of them I am able to run the way I do.”

Brunswick will look to continue their winning ways when they travel to Austintown Fitch, and Highland will look to get in the win column when they host Canada Prep Academy, both games at 7 pm.