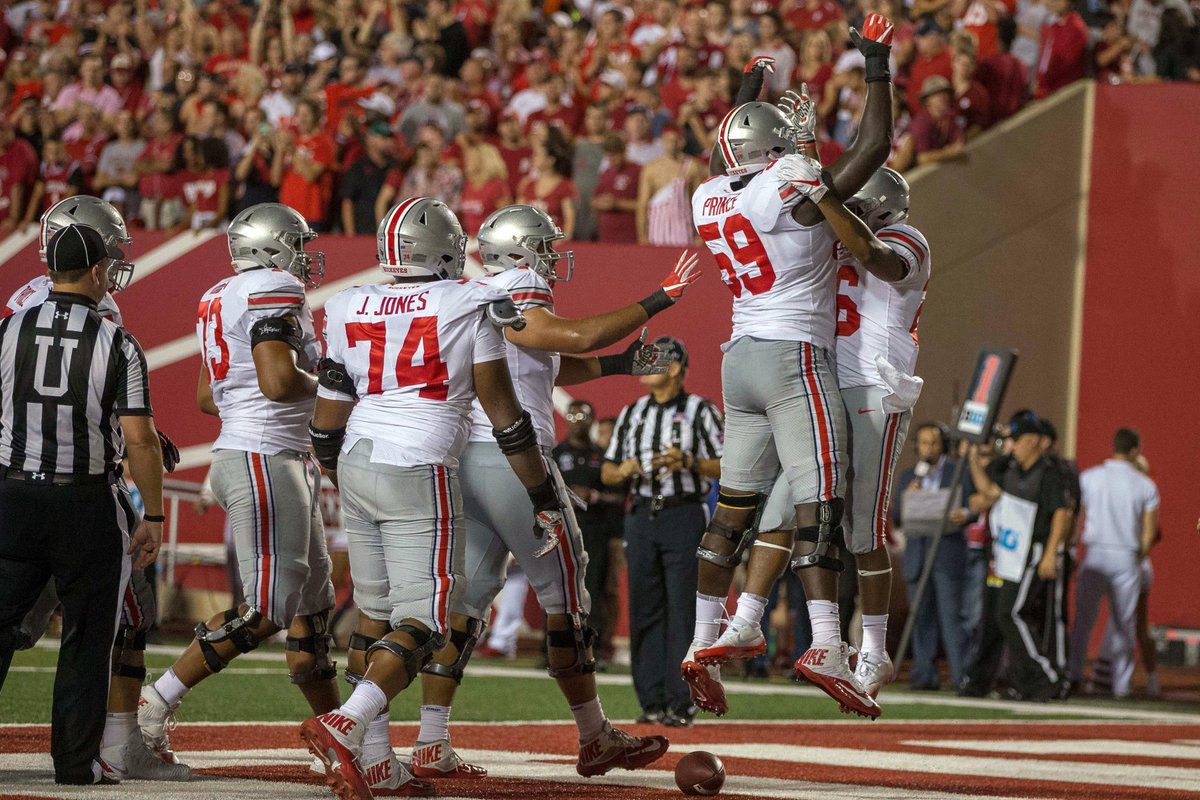 Indiana’s fast-paced offense showed immense heart and ability in their efforts to take down the Big Ten juggernauts, but a second half explosion propelled Ohio State to a 49-21 victory.

Many questions surrounded a team that was held scoreless by Clemson in last year’s playoff matchup. All eyes were on the three time captain and his young supporting cast as things got underway.

In a game that lasted nearly four hours, ironically enough, it was the high pace of both offenses that stood out most. Second year starter Richard Lagow led his Hoosier offense off to a hot start.

Following a Buckeye field goal, Indiana marched down the field 87 yards thanks to a number of highlight catches on well-placed passes. Capped off by Ian Thomas’s 18 yard catch, IU took the 7-3 edge.

Lagow managed to throw 65 passes, completing 40 for 410 yards. He would also throw three touchdowns, including a remarkable one-handed haul-in by Simmie Cobbs Jr., his second one-hander of the night.

Overall, Lagow’s ball placement Monday night seemed pro caliber, but once a spark to the Buckeyes’ offensive momentum took place, the Hoosiers had no answer.

Coming into the third quarter, a collective concern congealed across Buckeye nation. New offensive coordinator Kevin Wilson joined the coaching staff with a heralded reputation. It may not have gotten off to the best start, but Wilson certainly made up for it in the second half.

In their first drive of the third quarter, junior wide receiver Parris Campbell dropped two passes, including what should have been a 41-yard over-the-shoulder beauty in which Campbell gained a step on his defender and had the ball placed perfectly into his arms.

Being the true leader that has earned him that third consecutive captain title, Barrett encouraged his young receiver and sought him out again. Campbell did not let him down.

While trailing 21-20 following scores by both squads, Barrett found Campbell running across the middle a few yards in front of the line of scrimmage. Upon bringing in the pass, Campbell turned up field and took off for a 74-yard score.

On his very next pass, Barrett then found another new starting wideout, junior Johnnie Dixon, on an intermediate hook route. Dixon quickly found an opening and ran into the end zone untouched for a 59-yard touchdown.

Barrett was not finished, either, ending the night with four total touchdowns on 304 yards passing and 61 yards on the ground.

Offensively, Barrett was out-shined by another name, JK Dobbins in the first half. The true freshman strutted on the scene in a sensational way, erupting for 181 yards on only 29 carries.

The small back was the lone highlight of the Buckeye offense, demonstrating deceivingly fast elusiveness and punch-packing power as he helped carry Ohio State to victory.

The season is just getting underway, but the challenges aren’t far behind, as Ohio State returns home next Saturday to host the seventh-ranked Oklahoma Sooners for another nationally televised game at 8:00pm.

What a debut for the Ohio State freshman. pic.twitter.com/7yLQD72cq5