Souza vs Brunson Set For Saturday Night Shootout In The Cage! 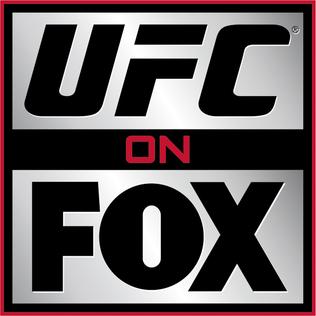 The Spectrum Center in Charlotte, North Carolina will host tonight’s UFC card on Fox. The feature bout is a Strikeforce rematch of former Strikeforce Champion Ronaldo Souza versus Derek Brunson. They fought once before in Strikeforce in August 2012 in a one round 48 second knockout win for Souza.

This was part of a hot steak for Souza that saw him win 8 straight fights before losing to Yoel Romero who was then popped for steroids. Shortly after that as part of the UFC, Souza won two more in a row against Vitor Belfort and Tim Boetsch. He was in line for a title shot against Michael Bisping for the Middleweight championship when everything got screwed up and he lost to current Middleweight Champion Robert Whittaker. Thus, Whittaker took his spot.

The loss to Whittaker was a brutal knockout following a spinning kick back in April. He has not fought since but hopes to get back on the winning track tonight. For his credit, Brunson has been a completely different fighter since his loss to Souza, and has piled up several big wins. Those victories coming over the likes of Uriah Hall, Dan Kelly and Lyoto Machida to name a few, all by knockout.

Brunson should have had a decisive decision win over Anderson Spider Silva as well, but was robbed by the judges. Brunson is dangerous and has power in both fists. He can and will end a fight quickly if his opponent takes him too lightly. Brunson is one to watch in 2018 as the middleweight division needs fresh challengers with their champions constantly either getting hurt or taking time off.

The main event is just one of four solid matches to headline the main card on Fox tonight. Here below, are the quick predicts for the other three fights.

Drew Dober has the big fight PPV experience, it will carry him to victory here.

Gregor Gillespie is one of the most exiting fighters in the UFC no one is talking about yet. Trust me, you will know this guy’s name very soon!

Dennis Bermudez was once one of the most dangerous men in the UFC’s Bantamweight Division not to long ago. He has since however, fell far from grace with losses in 4 of his last 6 outings. Bermudez actually beat Max Hollaway back in 2013 during his rise. The two men have taken different paths since.

Prediction – Bermudez by TKO in the first round.