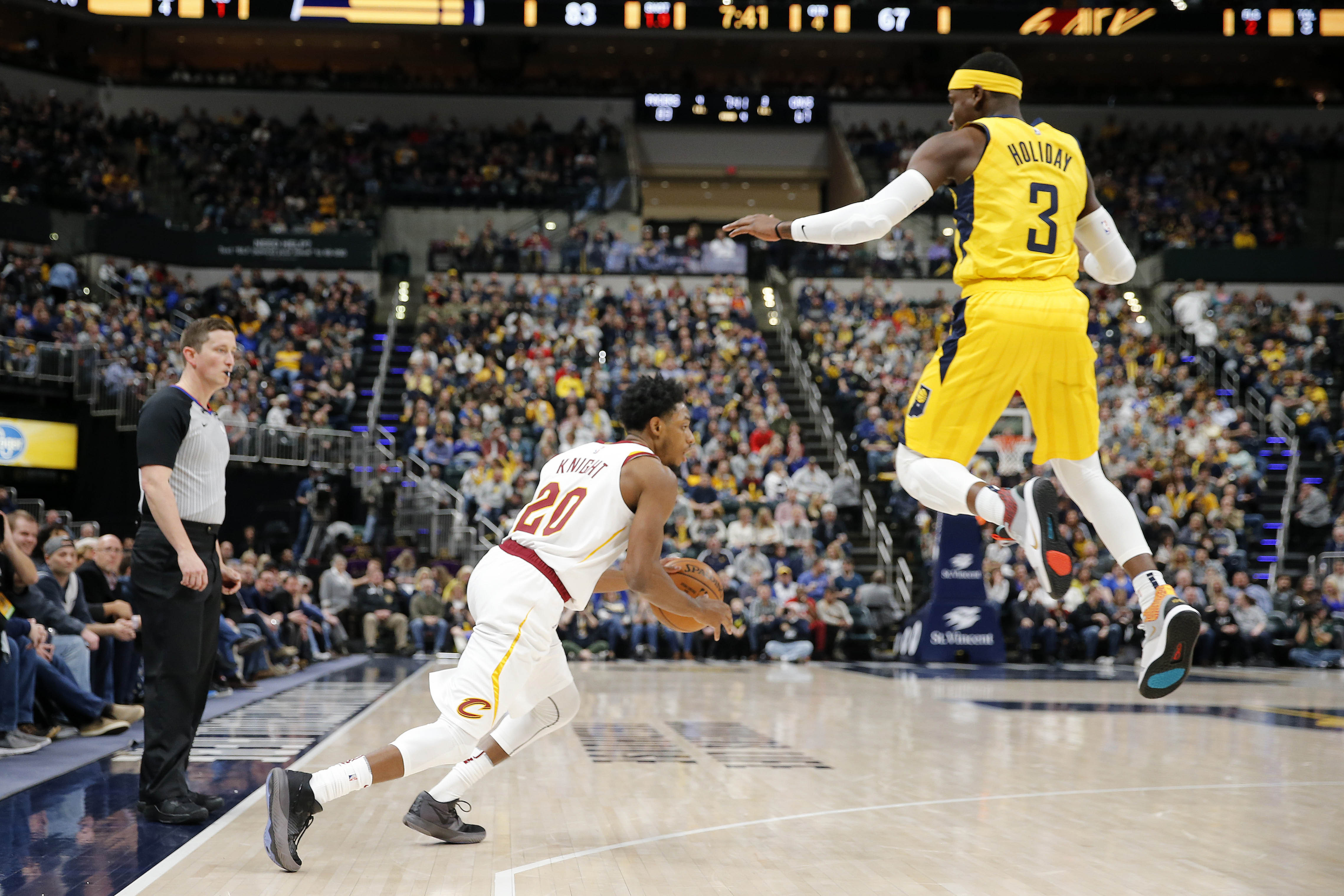 A slow start proved to be the fatal flaw in the Cleveland Cavaliers attempt to upset the Indiana Pacers on Saturday night, with the Cavs falling behind 17-30 in the first quarter but staying close for the rest of the contest, only being outscored 75-72.

Rookie point guard Collin Sexton was the standout player for Cleveland, tallying 16 points (6-14 shooting from the field), five rebounds, four assists and hitting all three of his attempts from deep. Sexton continued to show an improved understanding of the game, consistently setting teammates and himself up with clean looks. Unfortunately for the Cavs, the Pacers got off to a hot start behind center Myles Turner, who had 10 points and two threes in just the first quarter.

Had he been able to play more than 22 minutes, leaving the game after bumping knees with Cavs center Larry Nance Jr., the final deficit may have been larger.

However, Cleveland battled hard in the second half, cutting Indiana’s 21-point lead to as few as 11 points but the Pacers defense held firm against the Cavs ragtag group.

Cleveland will face the New York Knicks on Monday at Quicken Loans Arena, in what’ll a more evenly matched game for the Cavs.

Cavs looking to take down tough Pacers squad in second night of back-to-back
The Cavs and GM Koby Altman Deserve Credit for Deadline Moves; Will They Make the Most Of It?