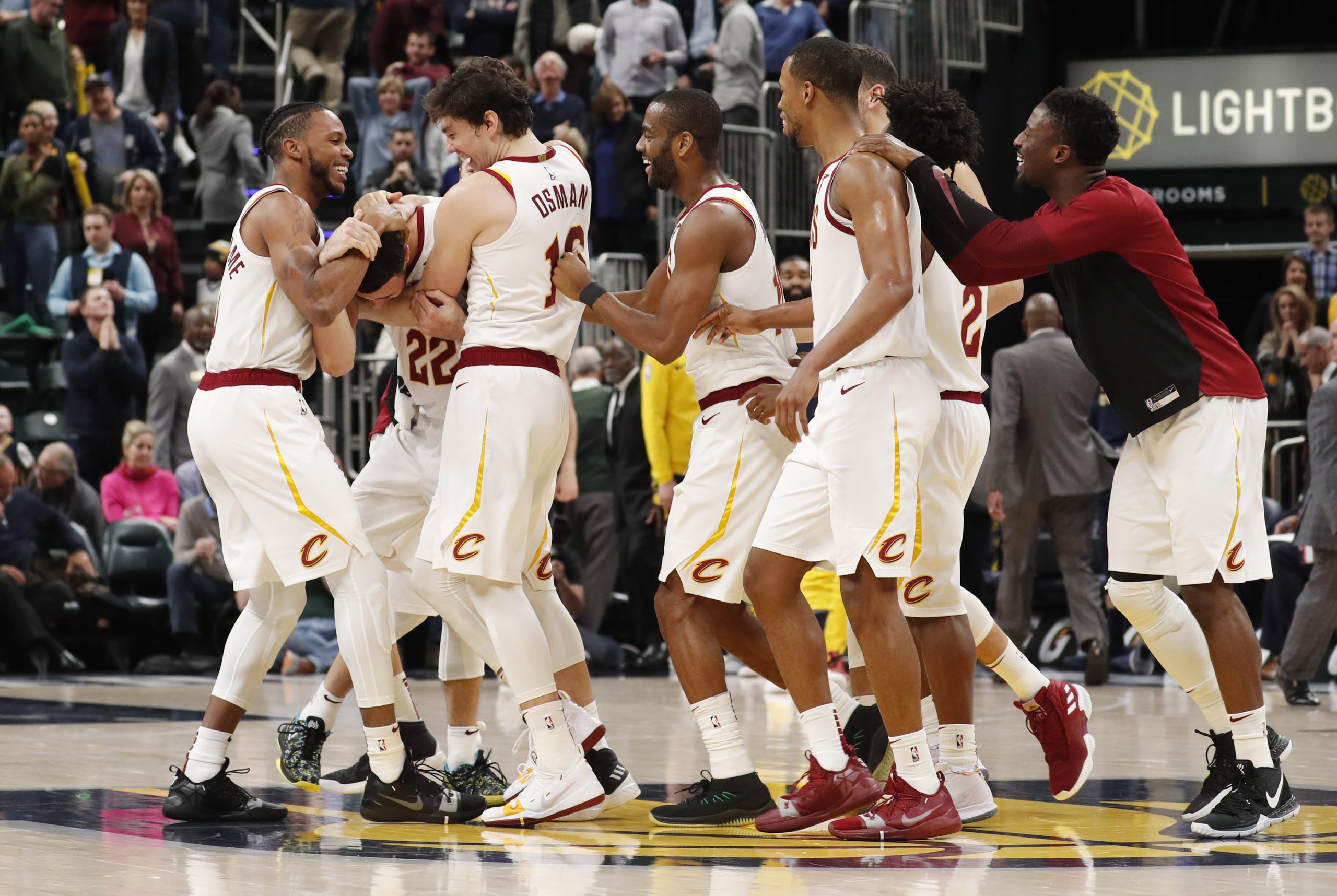 It wasn’t a game the Cleveland Cavaliers were expected to win, with the Indiana Pacers riding a seven-game winning streak and boasting a 20-10 record (ranked third in the Eastern Conference standings) while the Cavs had lost two games in a row, bringing their record to 7-23 (ranked 13th in the Eastern Conference standings). Further, with both teams being better at home and the Cavaliers missing three of their top five scorers in Kevin Love (19.0 points per game), Jordan Clarkson (16.7 points per game) and Tristan Thompson (12.0 points per game) after it was announced Clarkson would miss Tuesday’s action with lower back pain, the prospects of defeating Indiana at Bankers Life Fieldhouse seemed even more daunting.

However, in a game that featured plenty of defense and grit from both sides, though not a lot of pretty basketball from either side, the Cavs squeaked out a win against the Pacers thanks to a buzzer-beating putback from big man Larry Nance Jr. after swingman Rodney Hood — who scored 10 of his team-high 17 points in the fourth quarter — missed a potential game-winner from the nail with 2.5 seconds left.

W O W ‼️@Larrydn22 with an UNBELIEVABLE putback to WIN IT FOR THE CAVS at the ?!#BeTheFight pic.twitter.com/BpELwnx5c9

Following the game, Nance would get a Gatorade bath from ecstatic teammates:

With a game-winner comes a postgame celebration! @Larrydn22 and @Angel_Gray1 get DOUSED before their interview could even begin! #BeTheFight pic.twitter.com/1zxWoMMKIU

The Cavs, who are still a full 7.0 games out from playoff contention early in the season, got a bit of a lift in what’s been a trying season. Though they shot just 41.3 percent from the field and 19.4 percent from three-point range, they managed to hold the Pacers to 39.8 percent shooting from the field and 18.2 percent from three-point range. Further, while Indiana did manage to outscore Cleveland in fast break points 20-11, one of the team’s long-standing problem areas, they also missed eight shots at the free-throw line, going 13-21 from the charity stripe.

Two of the team’s biggest free-throw misses came from All-Star Victor Oladipo, who only scored 12 points on Tuesday night thanks to lengthy defenders being draped over him all night, with just 9.5 seconds left.

Nance Jr. did more than provide the game-winner though. With 15 points, 16 rebounds (six offensive), six assists, three steals and one block, the Cavs fan favorite stuffed the stat sheet and led Cleveland to victory. The Cavs, who got 31 combined points from Alec Burks, Matthew Dellavedova and Jarron Blossomgame, also got a great punch from their bench. In fact, their bench allowed Cleveland to stay in the game when Indiana was beginning to stretch their lead.

Keeping the game close down to the wire is what allowed the Cavs to take over in the end and, even while shorthanded, defeat the Pacers 92-91.