Severino and Miscues Too Much for Indians in Yankees 8-1 Win; Three Takeaways From the Loss 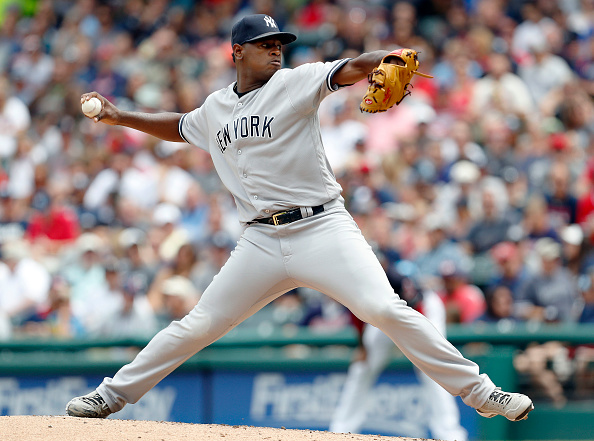 CLEVELAND – The Indians had a chance Sunday to take three of four from the hated New York Yankees, but a key mistake in the outfield and a dominant outing by Yankees starter Luis Severino was too much for the Indians as they dropped an 8-1 decision.

Severino held the Tribe to just one run on one hit, a Michael Brantley homer in the first that gave the Tribe an early advantage.

Carlos Carrasco made it hold up till the 6th, when a key walk combined with a massive outfield miscue did him in as he fell to 10-5 on the season with the loss.

Here’s three takeaways from the loss as the Indians get their only off day of the month Monday before hosting the Colorado Rockies for two starting on Tuesday night.

Indians Activate 2B Jason Kipnis; Send Gonzalez to AAA
Andrew Miller Working Hard To Get Healthy for the Stretch Run for the Indians