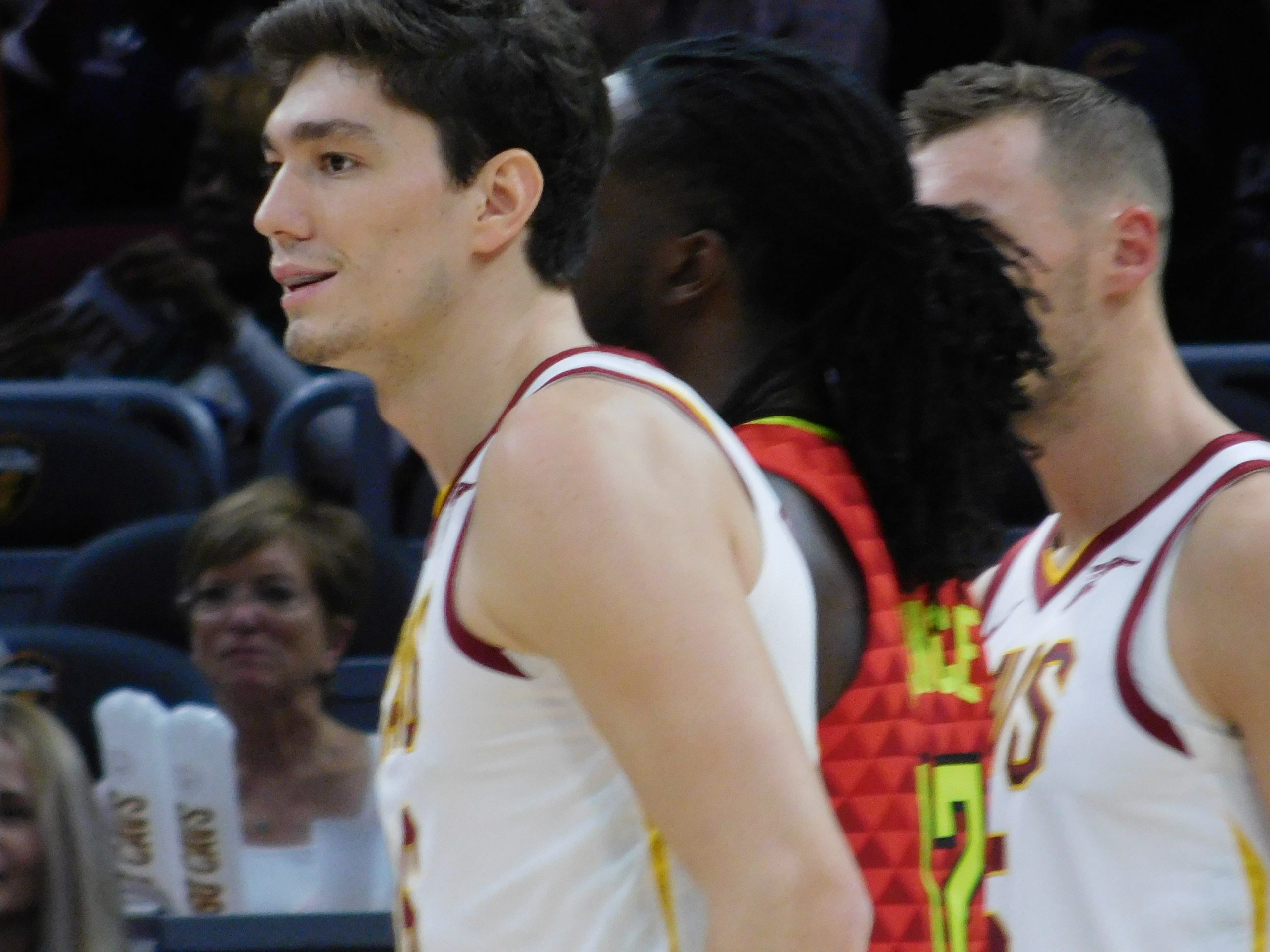 Cleveland- Before things began between the Golden State Warriors and Cleveland Cavaliers Wednesday night, there was the sense things could get ugly. Then for two and a half quarters, this was an eight point game. Then the beast that is the Golden State Warriors began to pull away. The Warriors have had success in Cleveland in the past, and Wednesday was no different, the Warriors left Quicken Loans Arena with a 129-105 victory.

The young Cavaliers held six point halftime lead in a game that everyone thought they had no shot in. Cleveland was able to grab the lead late in the quarter courtesy of  three 3-pointers in the final 1:10 of the first half, then Hood knocked down a buzzer beater to send things into the break.

Golden State looked slightly sluggish, maybe a little disinterested in the first half. Steph Curry was able to keep the Warriors within striking distance, scoring 25 of his 42 points in the first half. The Warriors guard was playing in his third game since returning from a groin injury. Curry has played in much more important games against the Cavaliers, but Wednesday was a career high against the Cavaliers. Kevin Durant on the other hand waited until the second half to get going, Durant’s 15 points in the third quarter helped extend the Golden State lead after three.

As Kevin Durant found his rhythm, the Cavaliers seemed to loose theirs. After the game the Cavaliers Rodney Hood talked about what Golden state was able to during the third quarter.”They’re probably the best third quarter team in the league. Hood  You try and prepare for it, and you talk to each other about it. But its another thing to go out there and defend it. Especially when you’re not necessarily clicking offensively.”

Although the Cavaliers struggled to shoot in the second half, six Cavaliers scored in double-figures. Rookie Collin Sexton continues his strong play, leading the team with 21 points. Sexton had the opportunity to play against Curry for the first time, and was ready for the challenge. Over the course of the game Sexton was not afraid to go after Curry on the offensive end, even looking confident.

Sexton spoke after the game about his first match-up with the two time MVP. ” He’s just another player. He’s really good. One of the best guards in the league. So it’s good going against him, it just got away from us.”

Hood scored 15 points in the first half, but was unable to get into the score in the second. The second half was not kind a kind one to the Cavaliers. Cleveland allowed Golden State to outscore them by 30 (71-41) points in the final 24 minutes. The Cavaliers found success behind the 3-point line (10/20) in the first half, hitting 10 threes, but then in the second half Cleveland could not find the find the bottom of the net (1-12.) It is no secret that this is not a formula for success in the modern NBA.

Cavaliers big man Tristan Thompson joked about what the league has become after the game, but was right when he simplified the game. ” Threes and getting to the rim, that’s how the game is played right now. So that’s what we’re trying to do.”

Cleveland was fortunate enough to have another strong night from their front court. Tristan Thompson once again had a double-double with 14 points and 19 rebounds. Thompson was able to keep Cavaliers possessions alive, grabbing a game high seven offensive rebounds. Larry Nance Jr was able to add 11 points and 8 rebounds off the bench.