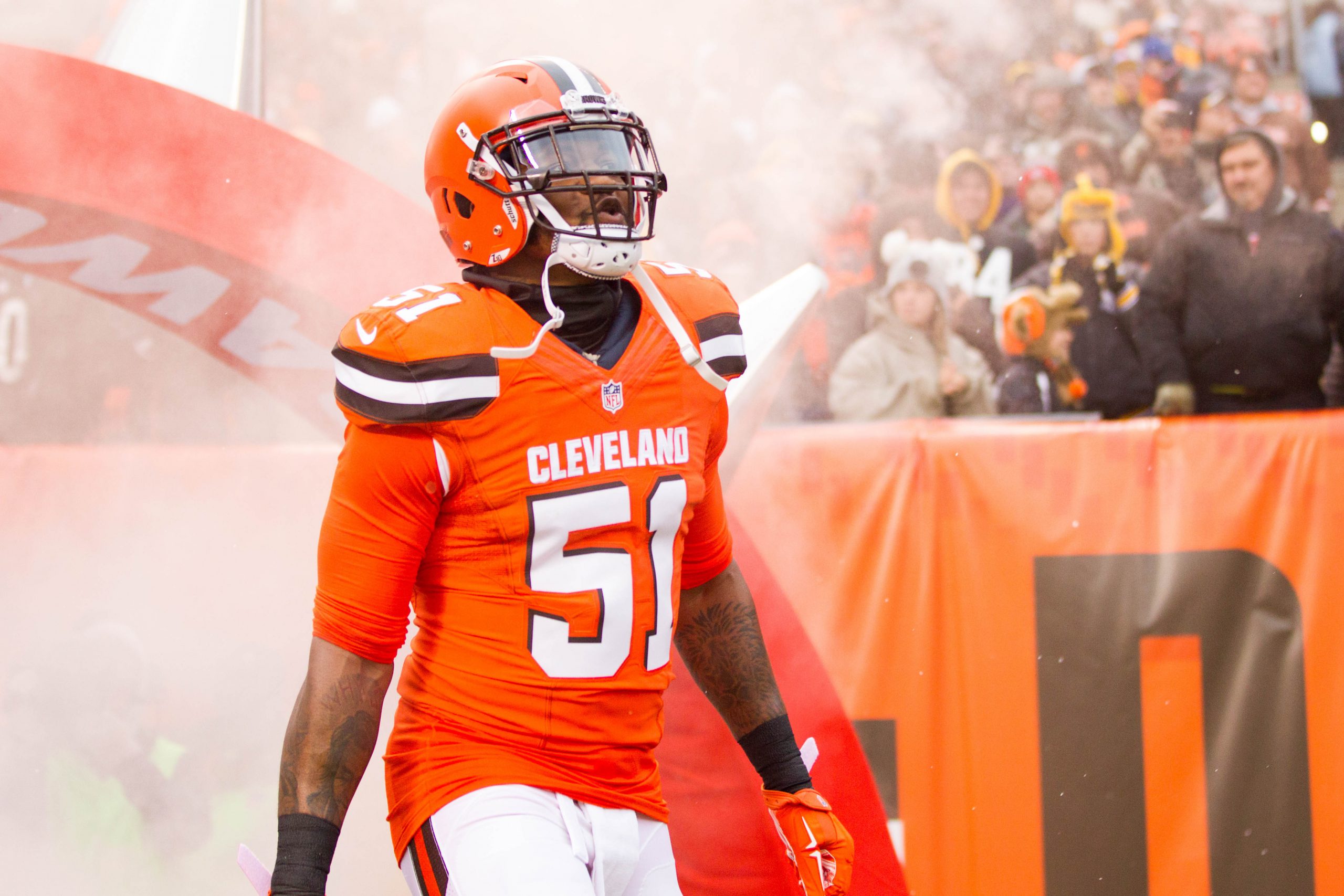 The Cleveland Browns defense has been without one of its best players the last few games, but as the 0-5 team travels to Houston Sunday to take on the Texans, that could all change.

The player is linebacker Jamie Collins, and he’s missed the last few games for the brown and orange while in the league’s concussion protocol.

He was cleared finally to practice on Wednesday, and looked like his old self again on Thursday on the practice field for the Browns.

“I think it will add another spark to our defensive football team. Obviously, getting (DL) Myles (Garrett) back last week, getting Jamie back, getting (DL) Danny (Shelton) back, I think that is good. We are back to almost full strength. I think the guys are excited to be out there playing, practicing together. I think they are looking forward to playing in a game together.”

Having Collins as well as rookie first overall pick Myles Garrett on the field at the same time should give Browns fans a good feeling, as the two should be able to put some pressure on the quarterback, and this week that will be a tall task as they take on rookie wonderkid DeShaun Watson.

“Obviously, he is scoring the ball,” Jackson said of Watson.

Another Browns player that is excited about the return of Collins is fellow linebacker Christian Kirksey. Thursday Kirksey spoke about Collins and the impact he has on the Browns defense as a whole.

“Jamie is a playmaker. As you can see, just tracking his career and the numbers he has put up, all his accolades and going to the Pro Bowl, just being that playmaker and that ballhawk guy is definitely something that is good for us and definitely a good piece of our defense,” Kirksey said.

Collins and Garrett have not played on the field at the same time as of yet, and fellow linebacker Joe Schobert spoke Thursday about the energy among Browns defenders knowing those two could have a big impact on the outcome Sunday in Houston.

“Obviously, it is going to be great to have two playmakers like that on the field,” Schobert said. “Our defense, we are having a lot of fun. I know in practice everyone is competing and having fun. I’m excited to see it on the field.”

Having fun is one thing, stopping Watson and the Texans offense is another. It’s a task that the Browns defense should be looking forward to if they want to improve and get better.

“They are just a high-powered offense,” Collins said of the Texans. “We just have to go out there and do what we have to do and that is play our style of football on defense. Hopefully, we can come out with the win.”

Was DeShaun Watson Another Miss for the Browns in the NFL Draft?
Kevin Hogan Set To Make First Career Start As Browns Take On The Houston Texans Sunday