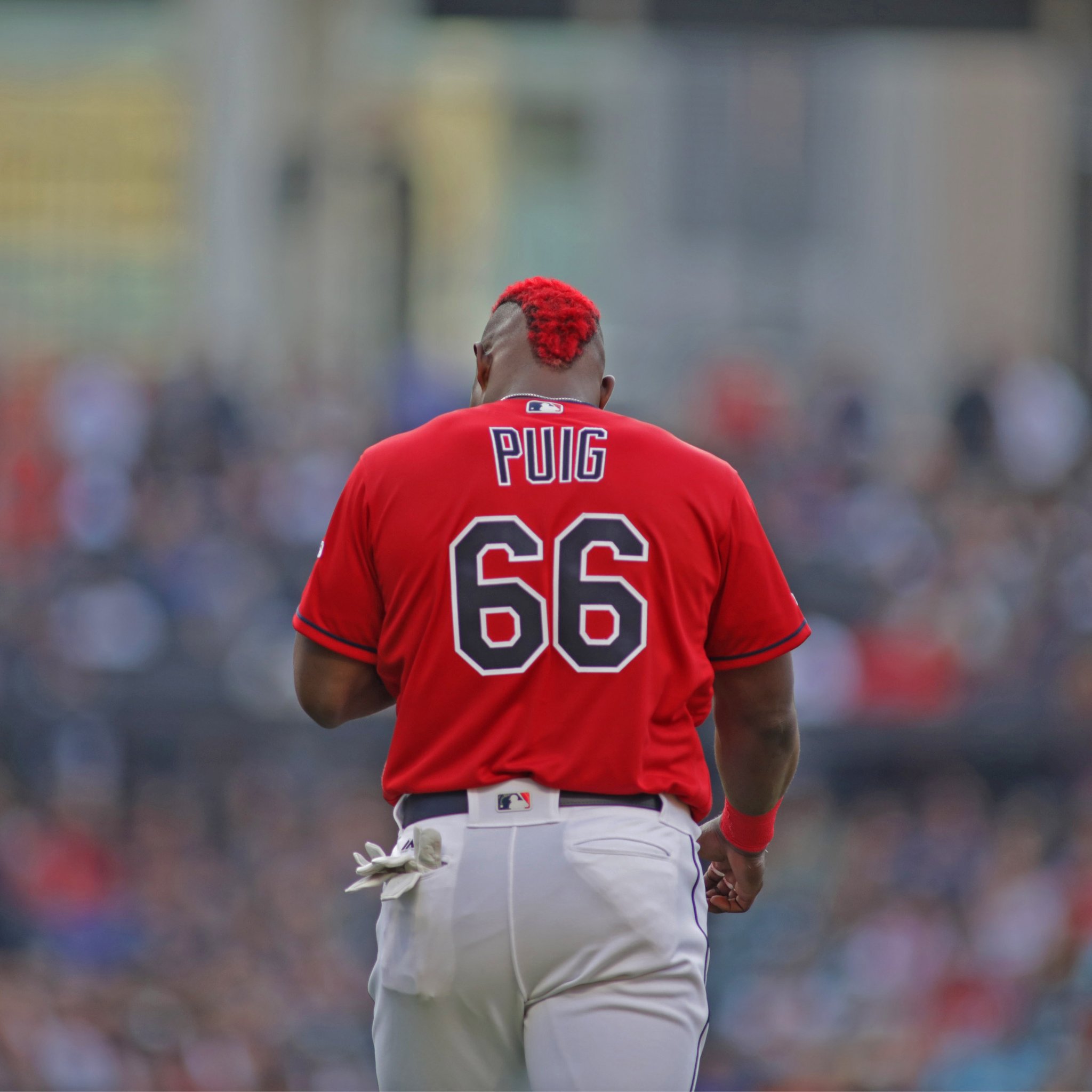 Before the Indians game tonight, the Indians twitter account posted the lineup per usual but included in the fact that Yasiel Puig will start to serve his three game suspension.

Yasiel Puig has dropped his appeal and will serve a 3-game suspension beginning tonight.

Puig appealed beforehand and has been able to play since the altercation that took place during the Reds vs Pirates game that broke out in a brawl the night Puig was traded.

Many believed the appeal wouldn’t be heard until the Indians traveled to New York for their series of games against both the Yankees and Mets.

With Puig serving his suspension and dropping his appeal, Puig can play against the Yankees and Mets.

Hopefully with Puig gone for a few games Franmil Reyes can find himself and get in a groove.