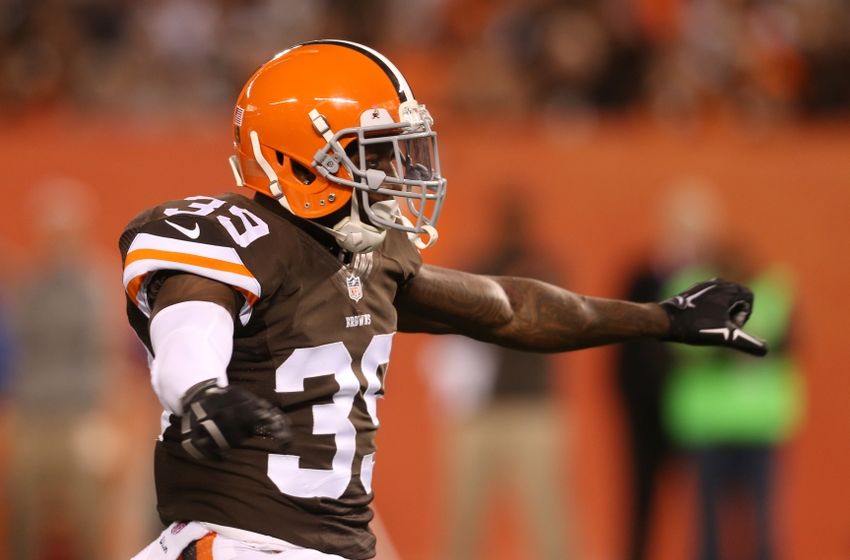 After a report came out that Alex Mack may leave Cleveland, the next in line considering a move is safety Tashaun Gipson.

Tashaun Gipson hasn't heard much from #Browns and is preparing to move on in free agency https://t.co/6MQ556oGuA

Gipson made it clear right after the season he hopes to stay in Cleveland, telling reporters, “I’ve expressed how much I want to be in the city of Cleveland, and I’m definitely still very profound with that, that I do want to be here, but at the end of the day, I do have to do what’s best for me and my career,” he said. “Ultimately, if the coach wants me around here, I think things will get done. If not, then we’ll see how it works out.

“As cliché as it may sound, I’ll be excited to be here if I’m here. If I’m not, I still will always wish and hope that the Browns have success because they deserve it.”

If the new front office wants to get rid of the “Same Old Browns” mantra, it would behoove them to retain the Pro Bowl safety or else next January, Browns fans might be watching Gipson play deep in the postseason for another team just like T.J Ward, who added some jewelry in Super Bowl 50.

Report: Browns C Mack to Opt-Out of Contract; Will He Stay in Cleveland?
Report: Travis Benjamin To Become Free-Agent