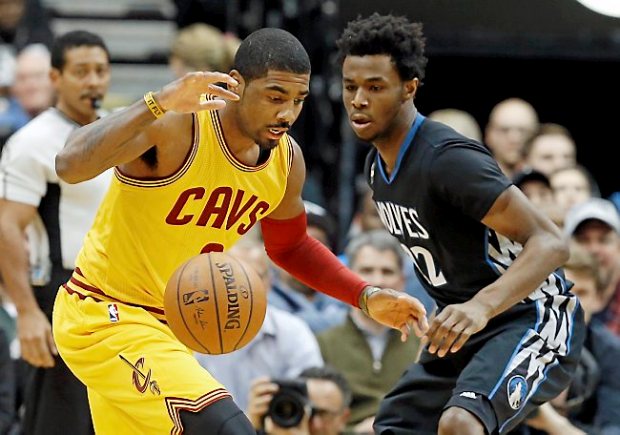 So far, these are among the teams who’ve made offers to the Cavaliers for Irving, league sources tell ESPN: The San Antonio Spurs, LA Clippers, Phoenix Suns, Minnesota Timberwolves, New York Knicks and Miami Heat. There were approximately 20 teams that inquired with Cleveland upon the news of Irving’s trade request, league sources said, but far fewer have registered legitimate proposals. More loom in the shadows, and many interested simply don’t have the assets to make a deal happen

The report notes how rival general managers and league sources feel new general manager Koby Altman has handled himself well in the negotiations and is not “overwhelmed.”

Two general managers told Wojnarowski how eager some of their players would be to trade for Irving, indicating regardless of how well they get along with him personally, they want him on their team.

An old teammate of Irving’s told one Western Conference GM: “He’s an animal. Forget whatever you hear about him off the court, go get him.”

An elite Eastern Conference point guard told another GM in pursuit of Irving: “I don’t like him personally, but I hate playing against him. I’d trade a lot to get him.”

Wojnarowski confirmed reports the Suns are not willing to trade Josh Jackson at this time, but that could change. The Cavs made similar statements about Andrew Wiggins in 2014.

He also notes the Heat would be willing to trade Goran Dragic and Justise Winslow for Irving, but that deal by itself probably wouldn’t be enough for the Cavs to pull the trigger.

The Cavs are taking their time in this process and hope to land a significant haul, including players who help them win now and help them win in the future. Stay tuned.