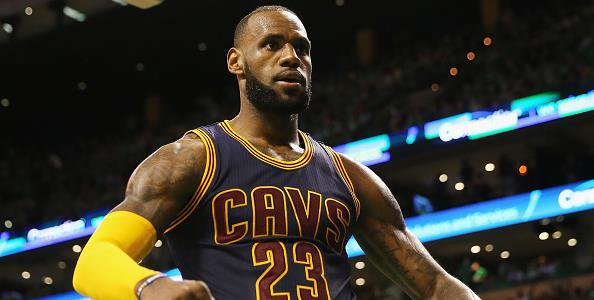 Cleveland– Not a day goes by in Cleveland where there aren’t multiple conflicting reports about the Cavaliers’ potential Kyrie Irving trade.

Today is no different.

A “source close to James” is now denying a earlier report from ESPN’s Pablo Torre that James was “hustling behind the scenes” to see if the Phoenix Suns had interest in trading Josh Jackson for Irving.

LeBron James has been communicative with Cavs but is not inquiring about any players in possible Kyrie Irving trades, sources say

The report was not out of the realm of possibility, given James’ close relationship with the Suns’ vice president of basketball operations and former Cavaliers teammate, James Jones.

Numerous other reports have stated, however, that Jackson is in fact off the table in all Suns’ trade talks.

James also made headlines after inviting Phoenix’s Eric Bledsoe to a workout with himself and Derrick Rose in Las Vegas.

Also, LeBron & Eric Bledsoe work out together most summers & have a relationship. Vegas workouts are unrelated to Kyrie trade issue.