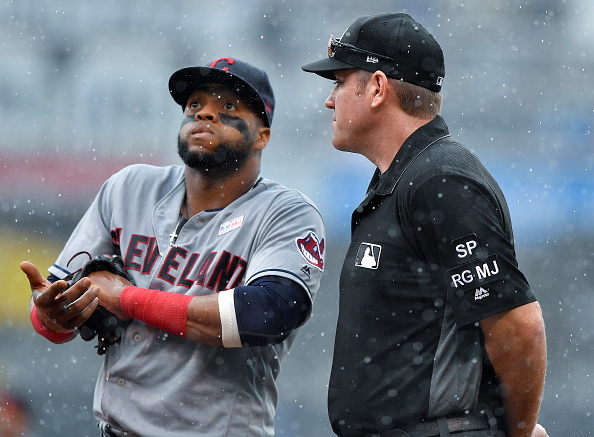 Indians first basemen Carlos Santana is set to hit the free agent market, and there’s already one team reportedly lining up to have a chat about what it will take to bring his services to their team.

The team is the Boston Red Sox, a club like the Indians didn’t come close to reaching their goal of the World Series, as they lost in the AL Divisional round of the postseason to the eventual World Series Champion Houston Astros.
Santana said ‘no’ according to Jon Heyman to the teams’ $17 million dollar qualifying offer, this coming off a 2017 campaign where he hit .259 with 23 homers and 79 runs batted in.

Boston is no stranger to landing big name Indians free agents, as it was back in December of 2000 when the Sox did enough to entice Indians slugger Manny Ramirez to make the jump to Boston, paying him $160 million.

It will be interesting to see what the Sox offer Santana, and if it’s enough for him to leave the team in Cleveland he’s played for the last eight seasons.

The Red Sox will meet with free agent Carlos Santana's agents at the GM Meetings this week.