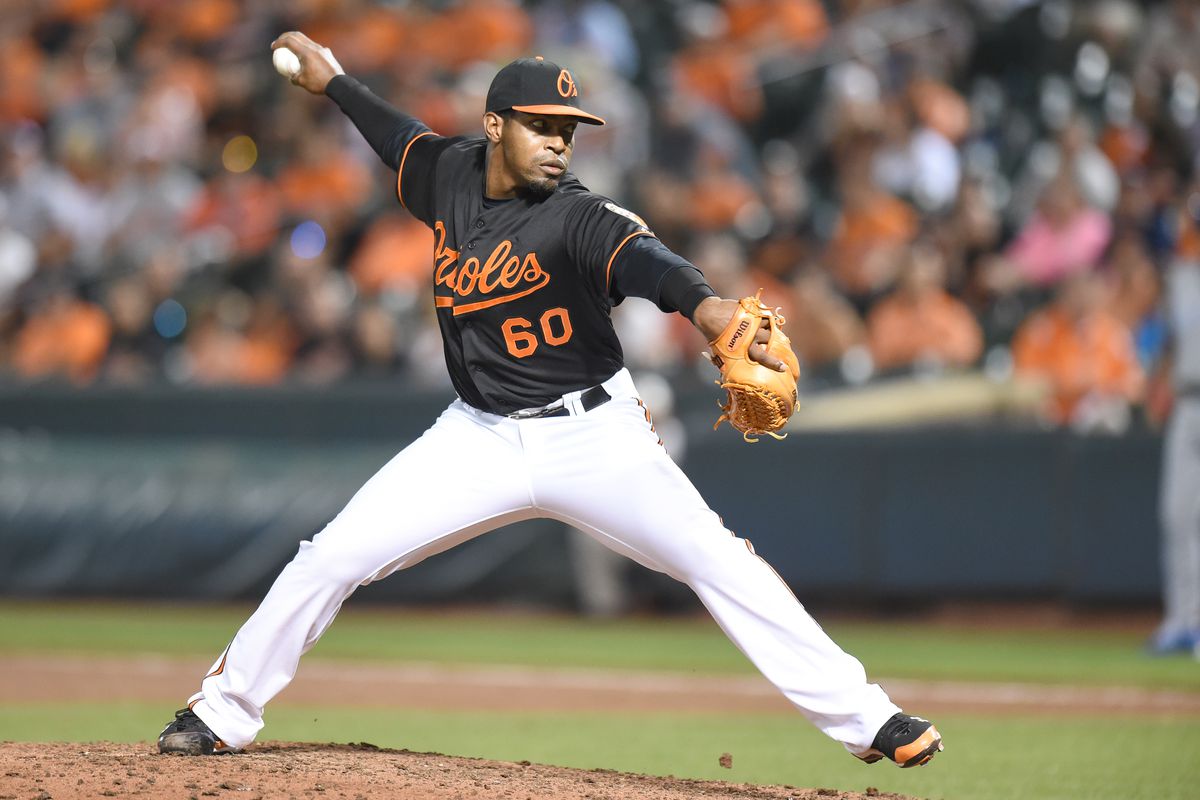 The Cleveland Indians add another name from the Baltimore Orioles in their recent trade talks; along with the rumors of Manny Machado, Adam Jones, and a few other Orioles’ players; the Indians have now added Baltimore relief pitcher Mychal Givens in their talks.

According to Jon Morosi from the MLB Network, the Indians are interested in a relief pitcher that can be comfortable in establishing a four out appearance. Givens fits that criteria.

The Cleveland Indians have a well put together team for 2018 but one of their biggest flaws for the season is their numerous bullpen woes. With the trade deadline approaching the Indians will be looking for bullpen help regardless.

Mychal Givens is in his 4th major league season, all of them with Baltimore. The right-handed relief pitcher has a record of 18-9 in 198 appearances in his career, an ERA of 3.09, 230.1 innings pitched, walked 90 batters, and has struck out 277 hitters.

With the Indians and Orioles being linked to a trade involving Adam Jones, there is a possibility that the Orioles can package Givens and Jones together in return for a couple of Indians prospects.

PREVIEW: Indians-Yankees game three
Indians recall Mejia from Columbus prior to Saturday’s game against the Yankees; option Bieber to Columbus