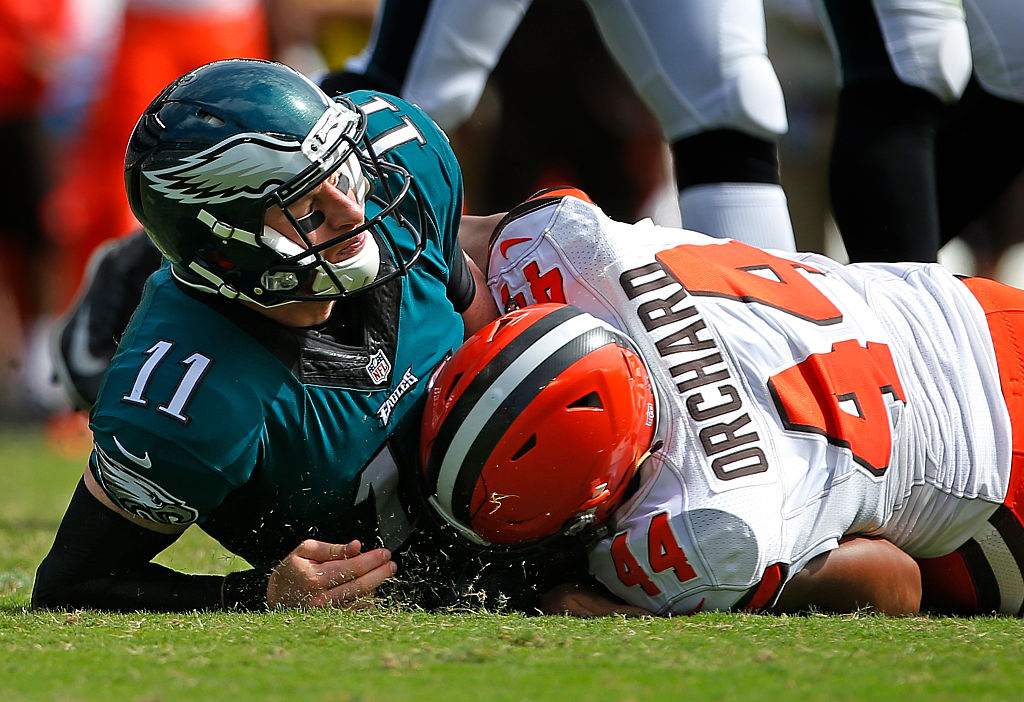 CLEVELAND — Super Bowl winning quarterbacks are hard to find. Which is why the Philadelphia Eagles entered the NFL offseason in an interesting predicament after backup quarterback Nick Foles  helped carry the franchise to their first Super Bowl title. Foles’ value was suddenly sky high and in Philly, he’d be stuck as a backup to Carson Wentz, who is on schedule to return from a torn ACL in time for next season. Shopping the 29-year-old could have brought back quite a return for the Eagles. For now at least, they opted for retaining Foles, but it wasn’t for a lack of offers.

According to the NFL Network’s Mike Silver, the Cleveland Browns were at least one of the teams interested in acquiring the Super Bowl MVP’s services, and in an attempt to land him offered up the No. 35 pick in last month’s draft. Obviously the Philadelphia wound up declining the deal, but not before apparently running it by Foles himself.

After being turned down, the Browns turned their attention to a different veteran quarterback, swinging a deal for former Buffalo Bills signal caller Tyrod Taylor. Had they landed Foles, it’s likely he would have entered this summer in a similar scenario as Taylor, being slated as the team’s starter with a rookie behind him.