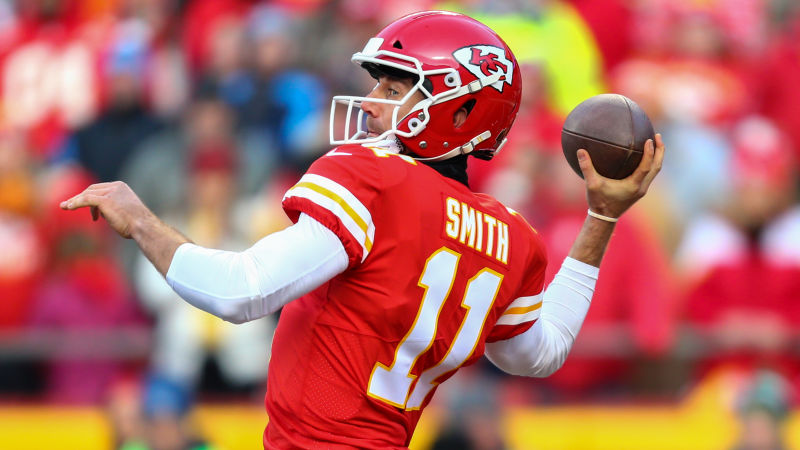 The Browns were one of the teams looking to snag Chiefs starting quarterback Alex Smith, but fell short as the quarterback wound up Tuesday evening being traded to the Washington Redskins for a 3rd round pick as well as cornerback Kendall Fuller.

ESPN Browns writer Pat McManamon states that Cleveland was in with a second round pick for Smith, but the issue was the large four-year extension that Smith got from the Redskins – worth a reported $94 million.

Here’s what McManamon stated today on Smith and the possible deal to the Browns.

The Browns did offer one of their second-round draft picks to Kansas City for quarterback Alex Smith, according to a league source. But the four-year, $94 million contract that Washington gave Smith, who will be 34 this season, was not something the Browns were willing to do. The Browns have the first and fourth overall picks in the draft, and are likely to take a quarterback. They were interested in Smith, but Kansas City liked the draft pick and player they acquired, and Smith preferred the security of the long-term deal.

In the end, look for the Browns to kick the tires now on Redskins QB Kirk Cousins, who will be the next 2017 starter to find a new home. The Jaguars and Broncos are two teams that are reportedly in on Cousins as well, so expect a bidding war to take place to try and get his services.

Alex Smith heading to Redskins, Possibly helps Cousins come to Cleveland
Kenny Britt Says He Doesn’t Count His Time With Browns As Part Of His Career